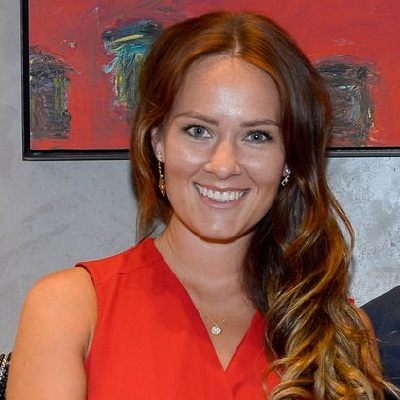 Dee Devlin is in a long-term relationship with Conor McGregor. The couple started dating each other back in 2008. Since then, the couple is leading a happy and prosperous life with each other.

Together, the couple is blessed with two children; Conor Jack McGregor Jr. (born in May 2017) and a daughter, Croia McGregor (born: 2019).

As of now, the couple is taking a step ahead in their relationship. Recently, on the 9th of August 2020, Conor announced that they are engaged with each other via Instagram post.

In the picture, she was wearing an engagement ring. Also, the picture captions; What a Birthday, My Future Wife.

Who is Dee Devlin?

Irish Dee Devlin is a finance manager. She is renowned as the partner of the Mixed Martial Artist, Conor McGregor.

Dee Devlin was born on the 9th of August 1986 in Walkinstown, Dublin. She is of Scottish-Irish ethnicity.

Till the date, she has not shared any details on her family background including her father and mother. However, she shared that she has two sisters; Sarah and Cathy.

Talking about her educational background, she is a graduate of the University College Dublin in Ireland. From the university, she graduated with Honors in architecture and business.

Talking about the professional career, there is very less known. Currently, Dee Devlin works for her partner, Conor. She happens to be one of the financial managers of Conor. She manages the finances for the Mixed Martial artist. Also, she is often spotted with McGregor on his foreign trips.

She left her previous job to join the financial team. Till the date, details on her job description are behind the curtains.

Apart from that, she has made her appearance in the TV series, UFC Embedded: Vlog Series and Mayweather Vs. McGregor Embedded as the girlfriend of Conor McGregor. Last, in 2017, she appeared in the documentary, Conor McGregor: Notorious.

Talking about the net worth, her partner, Conor has an estimated net worth of $120 million. His net worth is mainly attributed to his career as an MMA artist.

Apart from that, he also makes through his endorsements and advertisements too. Between June 2018 to June 2019, his earnings were in the range of $47 million.

Back in 2017, she posted a picture on her Instagram account where she had her legs up on the dashboard. Also, Conor was behind the wheel. The post also had a caption Keeping the pregnant feet up.

The picture gripped the attention of many people due to safety reasons.

Dee Devlin has blue eyes with brunette hair. She stands at a height of 5 feet 9 inches and weighs around 66 kg.

You may also read the bio of Peter McMahon, Michael Wainstein, and Susan Misner.

Conor McGregor is having a child!! He hails ‘lifesaver’ girlfriend Dee Devlin who believed in him when he had Nothing!! Love is Still in the Air!!!