Dee Koppang is a married woman. Her husband is non-other than the TV Presenter, Dermot O’Leary. The couple dated for about 9 years.

Eventually, the couple engaged on the 19th of November 2011. Later, they got married on the 14th of September 2012 at St Mary’s Church, Chiddingstone. Their wedding ceremony was attended by the celebrities that include James Corden, Holly Willoughby, Bear Grylls, and Leigh Francis. 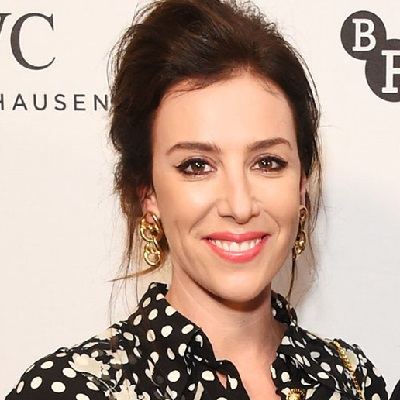 Norwegian Dee Koppang is a producer and director. She is renowned for her direction works in Victoria’s Secret Fashion Show.

Last, in 2016, she produced the TV series, Ladies of London.

Dee Koppang was born on the 18th of November 1978 in Oslo, Norway. She of Norwegian-Swedish ancestry.

Her parents separated from each other when she was very young. After that, she moved to the United Kingdom along with her mother, Rosalind Binks. However, she frequently visited Norway during her school breaks.

Her mother, Rosalind served Broadstairs as deputy mayor. Also, she worked as a councilor of Thanet too.

To date, she has not shared any details about her father and her academic background.

Since her childhood, Dee Koppang was fascinated with the idea of making movies and pursuing it as a career. Back in 2000, she started her career with the TV series, Shipwrecked as a producer.

Later, she started to handle the projects as a producer. As a producer, she worked for the series including Big Brother, The Celebrity Agency, and Ladies of London.

As a director, she worked in the series including The Celebrity Agency, Dating in the Dark, and Shipwrecked: Battle of the Islands.

As of 2022, she has an estimated net worth of $1 million. As a director, her earnings are in the range of $31k to $217k. Besides that, her net worth is attributed to her production works too.

Talking about net worth, her husband, Dermot O’Leary has an estimated net worth of $3.4 million. Back in 2016, he signed four years contract with the X-factor worth £8 million making him the best-paid TV presenter in the British TV series.

To date, she has been involved in any sort of controversy and scandal that created a buzz in the media. Similarly, there are no rumors linking with her.

Dee Koppang is a brown-eyed brunette. She has a decent height and weight. However, her body stats are not available.

You may also read the bio of Charles Guard, Mike Sorrentino, and Jane Hajduk.

Dermot O’Leary married his longtime girlfriend and says he would love to have children – but his wife is too busy!!!