Previously, she was in a relationship with a fellow contestant, Rogan O’Connor. After dating each other for around four years, they broke up with each other. 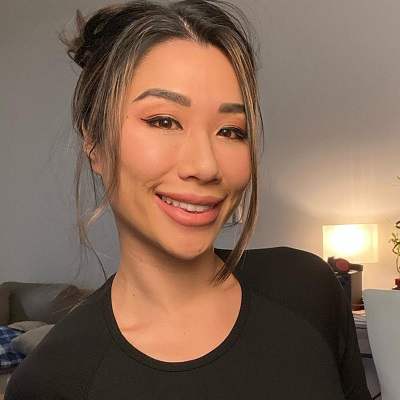 Who is Dee Nguyen?

Australian Dee Nguyen is a reality TV star. She is renowned as the former cast member of MTV’s reality TV show, The Challenge.

Last, in 2020, she appeared on the 35th season of the reality TV series, The Challenge.

Dee Nguyen was born on 28th February 1993 in Hongkong. She is of Far-East-Asian ethnicity with Vietnamese ancestry.

Her father was a Vietnamese refugee who escaped to Hong Kong where he met Dee’s mother. Whereas her mother got arrested for not having without papers. Later, her father married her mother to keep her out of jail.

She spent her childhood in Hongkong till she was four years old. Later, she moved to Australia where she completed her High School. Details on her academics are not available.

She started her career as a TV reality TV series, Geordie Shore. On the show, she introduced herself as the Pole Dancer from Sydney.

Following that, she featured in the reality TV series once more in 2020 as the contestant. She got fired from the show for making insensitive comments.

She has found herself surrounded by controversy when she made some controversial comments about the Black Lives Matter movement.

Following the controversy, Wes Bergmann asked her to leave Friend and Benefits House. For that, she also got fired from the Reality TV show, The Challenge.

On Instagram, she is following the personalities of Sofia Vergara, Jimmy O. Yang, and Tama Mongeau.

You may also read the bio, age, career, net worth, salary, and social media of Derrick Kosinski, Zach Nichols, and Cara Maria Sorbello.