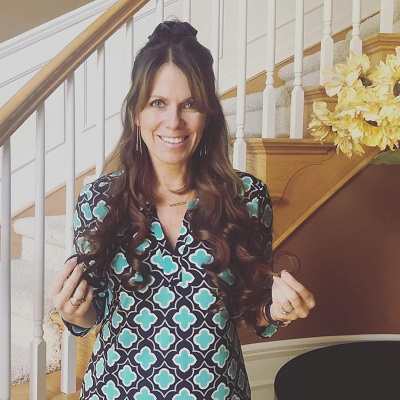 Deena Centofanti is a married woman. She married Keith in 1997. Keith is the vice president of FOX2 creative service.

Together they are parents of 3 children, daughter Mia and Ellie and son Casey.

Her family spends quality time with each other. She often posts pictures of her children and husband on social media.

Who is Deena Centofanti?

Deena Centofanti is a health reporter. She has reported several historically significant events.

Deena’s face has been immortalized in a meme after her response to a controversial comment on a segment, now newsreader at WJBK.

Deena’s mother and grandfather had a lifelong career with General Motors.

She plays a major role in taking care of her eldest brother Joye who was born deaf accompanied by cerebral palsy.

Previously she used to reside in Hilliard OH, her current location is Lake Orion City, Miami.

Deena felt inspired to pursue a career in journalism after taking part in a speech class in her school. She graduated with a bachelor’s degree in broadcast journalism from Miami University in Ohio.

She is a certified Democrat is her political affiliation.

In 1990, Deena started her career on TV At ABC’s WSYX-TV in the role of a production assistant.

At that time, the Gulf War was at the peak, she recalled her days sleeping on the floors and ordering pizza for meals, so as to cover on time broadcast as much as possible.

She was employed in an on-air morning show anchoring role, for radio station situated in 1993, Steubenville, Ohio.

Following her marriage, she was presented a job-role based in Michigan area with FOX2.

In 1998, she was present in Washington DC during the impeachment of President Clinton. In 1993, she covered Pope John Paul II’s 30-hour visit to St. Louis.

In 1999, after her first child, she picked up healthy living and re-started her newscasting in that area.

She even interviewed celebrities including Snoop Dogg in her programs, but most importantly, she covered health-related issues and tips.

The American reporter/anchor Deena Centofanti has an estimated net worth of $1 million.