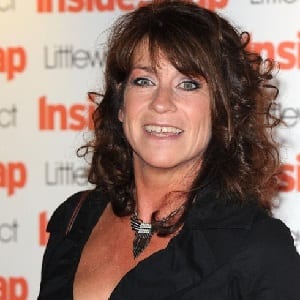 What is the relationship of Deena Payne?

Deena Payne is a married woman. She is married to musician Steve Grant. Steve is currently touring with ‘The Sweet.’ Deena has a son named William Anthony Payne Grant. Their marriage is going strong as there is no news regarding any extramarital affairs at present.

Who is Deena Payne?

Deena Payne is an English actress and former singer. People mostly know her for playing Viv Hope in ITV’s ‘Emmerdale.’ Additionally, she has also appeared in several other TV series like ‘Crime Stories’ and ‘TV Burp’ among others.

Payne was born in Orpington as Diane Margaret “Deena” Payne on August 29, 1954. She became interested in the world of acting and music since her childhood years. Deena is of British, English nationality. Furthermore, there are no details available about her ethnic background at present.

Talking about her education, no information is available relating to Payne’s educational background.

Payne initially toured with ex-Animals keyboard player Alan Price as a backing singer. Additionally, she was a member of the novelty girl band ‘Cats U.K.’ Deena was also one of the dancers in ‘Rock Follies of ’77.’ In 1989, Payne had the role of Louise in the TV series ‘Tales of Sherwood Forest.’ Since then, she has appeared in numerous other television series. All in all, she has over 5 credits as an actress.

Some other television series that Payne has appeared in are ‘Crime Stories’, ‘Emmerdale’, ‘TV Burp’, ‘The Bill’, ‘Loose Women’, ‘Who’s Doing the Dishes?’, ‘The Wright Stuff’, ‘Daybreak’, ‘Celebrity Masterchef’, ‘Are You Smarter Than a 10 Year Old?’, ‘All Star Family Fortunes’, ‘Bullseye’, ‘Children in Need’, ‘The New Paul O’Grady Show’, ‘Astounding Celebrities’, ‘Russian Roulette’, ‘Stars in Their Eyes’, ‘Blankety Blank’, and ‘Xposé’ among others.

Payne has garnered two British Soap Award nominations for her performance in ‘Emmerdale Farm.’ She received the nominations in 2005 and 2006.

Payne has not revealed her current salary. Furthermore, there are no details available about her estimated net worth.

Payne’s departure from ‘Emmerdale’ was controversial. Her final scene was an anti-climax rather than a dramatic send-off. At present, there are no rumors concerning Payne and her career.

Talking about her body measurement, Payne has a height of 5 feet 2 inches (1.57 m). Additionally, her hair color is dark brown and her eye color is blue.