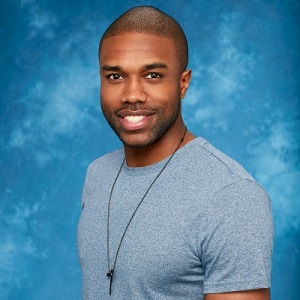 DeMario Jackson has kept his personal life private and out of the spotlight. He usually doesn’t talk about his private life in the media and public.

Who is DeMario Jackson?

DeMario Jackson is an American reality TV star. He is best known for appearing as a contestant on The Bachelorette 2017.

His appearance on the show broke out in scandal when a woman named Alexis Thexton approached the show’s star Rachel Lindsay claiming the two was still dating.

He prefers people focusing on his work rather than his personal life. His nationality is American and he is of African-American ethnicity. He attended California State University.

After that, he graduated from the Fashion Institute of Design and Merchandising in 2009 with a BA degree in product development. According to his Instagram, he has a younger sister who just graduated from high school.

DeMario Jackson made his TV debut on season 13 of ABC’s reality show The Bachelorette on May 22, 2017. He found his way onto The Bachelorette when a producer for the show took a picture of him at the Century City Chipotle while he was eating with friends.

Besides reality fame, he works as an executive recruiter for Michael Page. He reportedly had a sexual encounter with Corinne Olympios while on the set. The filming was suspended and an investigation is underway. Due to this incident, Jackson is now fired from the job. His net worth is estimated to be  $450,000 and salary is unknown to the media.

Currently, there are no desperate rumors regarding his personal and professional life. He made headlines in June 2017 while filming for The Bachelorette.

He reportedly had a sexual encounter with Corinne Olympios while on the set. The filming was suspended and an investigation is underway.

DeMario Jackson has a height of 6 feet 4 inches with a bodyweight of 82 kg. He has black hair color and his eye color is brown.

Bachelor in Paradise’s DeMario gets fired from his job following a news scandal! Jackson claims that he is innocent and his character is being assasinated!