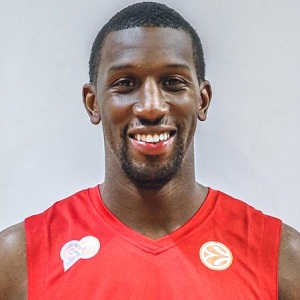 Reflecting on a personal life of Demetris Nichols, he is possibly single. There isn’t any information regarding his romantic relationship affairs. His personal life isn’t in the limelight as his career path is.

Who is Demetris Nichols?

Tall and handsome Demetris Nichols is a well-known professional American basketball player. He is best known as the player from Panathinaikos of the Greek League and Euro League. He often plays from small as well as power forward position.

Professional basketball player Demetris Nichols was born in Boston, Massachusetts on 4 September 1984. He is of African-American ethnicity and has an American nationality.

There is no information on his parents or siblings. Since childhood, he started playing basketball.

Nichols studied at St.Andrew’s School where he played under coach Mike Hart. ESPN.com rated him at 14th among all the small forwards players. For his further study, he joined Syracuse College.

Demetris Nichols has been active in the professional basketball game since 2007 and he is still engaged in it. He started playing basketball professionally after being selected by Portland Trail Blazers in 2007 NBA draft. He was immediately traded to New York Knicks.

On 25 October, he was released from the Knicks and he joined Cleveland Cavaliers. On 5 December 2007, he was released from the Cavaliers and claimed by Chicago Bulls and assigned to Iowa Energy of the D-League. On 6 March 2009, he signed a 10-day contract with the Knicks and then he joined the French team BCM Gravelines on 1 December 2009. In NBA Summer League, he played for the Portland Trail Blazers. In November 2010, he signed with the French club JA Vichy. In 2012, he also played for Metros de Santiago of Dominican Republic and joined NBA D-League team Sioux Falls Skyforce.

In September 2013, Nichols signed with the Russian team Krasnye Krylia. Then he joined CSKA Moscow where he finished the season winning the VTB United League. On 24 July 2016, he resigned with the CSKA for one more season and left the team after completing the contract. On 2 September 2016, he signed with the Greek club Panathinaikos and since then he has been playing from there.

Demetris Nichols: Salary and Net Worth

Moving towards his body measurements, he has a height of 6feet 8 inches and weighs 96 kg. His hair color is black and his eye color is also black.