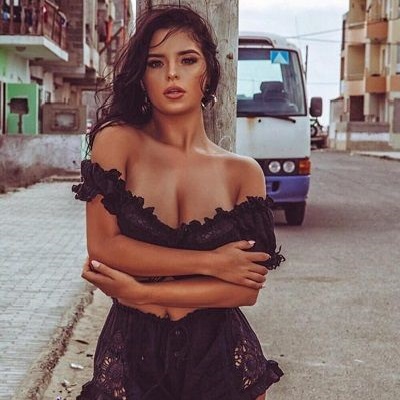 Demi Rose began dating rapper Tyga in May 2016. She grabbed the attention of the media and all her fans when she was seen on numerous occasions and gatherings with Tyga including her appearance at the Cannes Film Festival. However, the couple broke up later on.

In July 2017 Demi was seen with DJ Tom Zanetti but nothing was confirmed by both Rose and Tom. Likewise, Rose started dating DJ Chris Martinez from October 2017 and are still a couple to this day.

Who is Demi Rose?

Demi Rose Mawby is a British model, Instagram Influencer, Actress and social media star from Birmingham. Currently, she is one of the highest-ranking Instagram famed models. Demi is working with many super modeling magazines such as FHM, Zoo UK, Nuts Magazine, Worldstarhiphop and more.

She was first recognized by the American publicity group ‘Taz’s Angels’ and later she worked with them as a model.

Rose was born on March 27, 1995.  Rose’s father’s name is Barrie Mawby and her mother’s name is Christine Mawby. She has a younger sister whose information is unknown. Rose holds British Citizenship and is of Colombian descent.

Demi went to the New Oscott Primary School and later enrolled John Willmott School in Sutton Coldfield in the UK. She holds a degree in College-Level Beauty Therapy and Spanish.

When Demi was only 18, she has joined Instagram. She began to take selfies and posted them on her account. Her photographs were so appealing that she soon gained an impressive following. Taz’s Angels contacted her because of her huge fan following on the social platform and the internet star signed a modeling contract with the American advertising group.

The group made her appear all over the world for photo shoots and stunned many with her pictures. After staying with the group for a while, Demi Rose decided to pursue bigger goals, so she moved on.

Demi then applied to another modeling agency and within 24 hours she was contacted. She was featured on WorldStarHipHop, FHM Magazine, M!, Denmark Magazine and more. Demi has succeeded in becoming the inaugural cover girl of SIXTY6 magazine.

Currently Demi Rose currently has a tremendous social presence, particularly on Instagram where she has more than nine million followers. Her impressive fan following has made her one of Britain’s most popular online models.

Apart from her modeling projects, she appeared in a number of music videos. She has appeared with personalities such as Chris Brown and DJ Khaled in music videos.

Rose’s net worth is estimated to be $4 million. Her primary source of income is from modeling. Information about her salary is not available.

Rose has not been involved in rumors and controversy. But she was a member of a controversial Miami-based group Taz’s Angels. This group uses popular models of Instagram to make club appearances.

Demi Rose is 5 Feet 3 Inches. She weighs around 59 kg. Her chest size is 37 inches, waist is about 24 inches and her hips are about 36 inches. Her bra’s size is 32D. She has dark brown color hair and has brown color eyes.