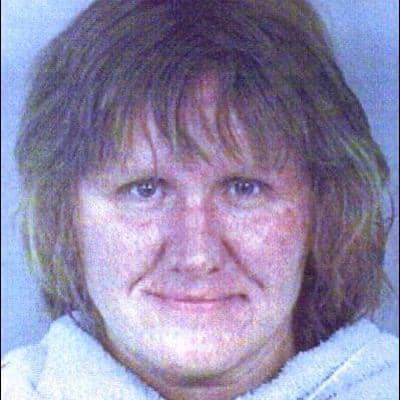 What is the relationship of Dena Schlosser?

Dena Schlosser at present is in a married relationship. She exchanged vows with John Schlosser who she met during her college days.

Their wedding was a private ceremony as the details are unknown. They live in Texas and it was said her husband did not allow her to have a job.

From the marriage, Dena has three children, all daughters, one of which is murdered.

After the birth of Margaret, Dena was kept in hospital as she showed bipolar disorder with psychotic features. The Child Protective Services ordered her not to let her alone with the children.

After the order was lifted, she on 22 Nov 2004 ripped her daughter’s arms with a knife from the body. She was arrested sitting quietly with blood all over her body.

As per the reports, the official heard her thanking Jesus after the murder. In her defense, she said that she heard the voice of God commanding her to remove Margaret’s arms and later her own.

She also added God wanted her to send Maggie to Heaven. The trial for this case happened where after much investigation, Dena was found not guilty by reason of insanity but she was admitted to the North Texas State Hospital.

The court ordered her to keep her there until she became no threat to anyone.

Who is Dena Schlosser?

Dena Schlosser is an American housewife who is a convicted, murderer.

She is known for killing her own daughter, Maggie Schlosser of 11 months.

The thing that was the highlight in Nov 2004 was due to the criminal act of Dena. She used a knife to kill her own daughter which shocked the entire world.

Her birth year is 1969 and the place she was born in is New York, the US as Dena Leitner but her full birthdate is unknown.

The name of her mother was Connie Macaulay but her father’s name is unknown.

Similarly, Dena’s ancestry is Caucasian and as per her academics, she attended Marist College.

From here, she passed out with a bachelor’s degree in psychology.

When she was just 8 years old, she suffered from hydrocephalus, and to cure it, she underwent eight surgeries.

Dena Schlosser’s professional journey is not known. After she completed her studies she got married and became a housewife.

After her crime of murdering her own children, she was released as an outpatient.

She then worked in a Walmart store by changing her name in 2012.

But as soon as WFAA-TV identified her, she was kicked out of the job.

Her salary and other earnings received by her are not disclosed.

Dena Schlosser’s height and body weight are of average shape.