Posted on November 4, 2020 | In Net Worth , Relationship
Share this 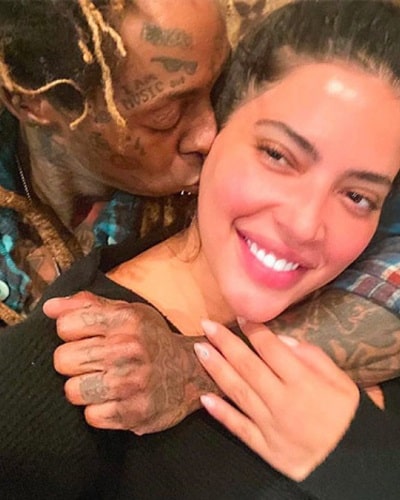 Denise Bidot who is an American plus-size fashion model dated rapper Lil Wayne. Denise recently dumped Lil Wayne over his endorsement of President Donald Trump for his U.S. Presidency. She was shocked and disappointed when she found out Wayne endorsed Trump in Miami.

“She broke up with Wayne. It wasn’t just his Trump support, but that was a big part. [Denise] was shocked when she saw Wayne come out with Trump. She’s so disappointed in him.”

Also read Did Josh Richards And Nessa Barrett Get Back Together? Everything About Their Relationship And Breakup!

In May 2020, Denise Bidot claimed that she was single. She was staying alone in quarantine and feeling her best. At the time, Lil Wayne was returning to single life after breaking off his engagement with the Australian model La’Tecia Thomas. Lil started following Denise and followed her on Instagram.

As per sources, Denise and Lil met each other last year at an event and reconnected this summer. Bidot said,

“I‘m beyond in love and he’s the sweetest, most romantic guy ever. [I’ve] been single for 10 years, and feel so blessed to have found love in the middle of everything going on. Was so unexpected and so perfect.”

They started revealing about dating each other in mid-June. On 23rd June 2020, Wayne posted a picture of Denise in the pool while blowing him a kiss. Again on 10th July 2020, she uploaded an intimate black and white photo of herself in bed kissing her boyfriend.

On 27th September 2020, Wayne turned 38. Denise wished him on birthday and wrote,

“the man who managed to steal my heart during a pandemic. These past 5 months have been filled with more love, passion, and laughter than I ever thought possible. You’re my best friend, my lover, and way more than a dream come true.”

Sadly in November 2020, the couple has broken their relationship and doesn’t seem to be together.

How much is the net worth of Denise Bidot?

The estimated net worth of the American plus-size fashion model Denise Bidot is $1 million. She has walked for two straight-size brands in New York Fashion Week. She has worked for Nordstrom, Forever21, Target, Old Navy, Lane Bryant, Levi’s, Macy, and others.

Her boyfriend Lil Wayne has a net worth of $150 million as per Celebrity Net Worth. He has sold more than 100 million records. He has made a total of $208 million earned from his career. His studio albums are The Block Is Hot, Lights Out, 500 Degreez, The Carter, Rebirth, I Am Not a Human Being, Free Weezy Album, and more.

Dwayne Michael Carter, Jr., known professionally as Lil Wayne is an American rapper. He is a Grammy Award-winning rapper known for his hit albums, mixtapes, and singles, including ‘A Milli’ and ‘Lollipop’. Read more bio…