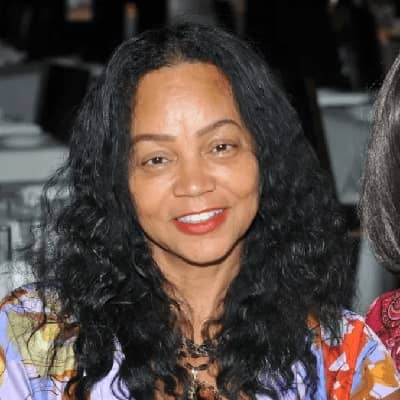 Denise is now living her single life after her divorce.

Denise was married to the popular actor Richard Lawson on December 31, 1978. They also share a daughter Bianca Lawson who was born in 1979. Bianca also followed her parent’s steps into the movie industry just the age of nine.

The couple gets separated in 1989.

Denis is also the biological mother of Marvin Gaye III. He was born on November 17, 1966. His father Marvin Gaye was married to Gordy’s aunt Anna at the time. Marvin was then 27-year-old and Denise was just 17.

A short period after Marvin III was born, he was adopted by Anna.

Who is Denise Gordy?

Denise Gordy is an American former TV & movie actress and singer. However, she is also popular for being a part of the Gordy family.

Gordy family is a well-known family with all its members spread in the musical, acting, or business industry.

Denise was born on November 11, 1949, in Detroit, Michigan, the U.S. Her full name is Denise Georgette Gordy.

Her parents are George Weldon Gordy and Rosemary Valenti Gordy. George was a writer and businessperson. She has two sisters Patrice and George Gordy, Jr.

Talking more about her family, her uncle Berry Gordy is the founder of Motown. Likely her aunt is Anna Gordy Gaye who is also a singer and businesswoman.

Denise holds an American nationality and her ancestry is a mix of Afro-American, Italian, Portuguese, and Creole (French, African).

Gmadefenise started her career in 1972 from her early twenties. As her father was also in the entertainment industry, she got featured as a dancer in Lady Sings the Blues.

Then she has her appearances in movies and Tv series. she landed on various roles up to 1991. The actress appears as Bea in the 1974 movie Black Fist. Moreover, Denise has also contributed vocals to the soundtrack album titled Bogard for the film Black Fist. The actress then recorded the song Let’s Do It Again for the same movie.

Talking about her television works, she debuts from the TV show Starsky & Hutch in 1976. Denise is popular for her outstanding performances in the movies Before School Girls (1986) and My Man Adam (1895).

Along with that, she has worked for several television and movies including Mahogany, Little Ladies of the Night, Enos, Fantasy Island, Getting Physical, Toy Soldiers, and so on.

Working for around seventeen years in the film industry, Denise got retired from acting at the age of forty-two.

Denise has earned a huge amount of salary from her career. Likely she has amassed a net worth of around $10 million.

Talking about her daughter, Bianca Lawson holds a net worth of $2 million as of 2021.

The star didn’t let any controversy surround her and rise her stardom. Finishing her career she is now enjoying her life out of the media with her family.

The actress seems to stand at an appropriate height. However, its detail is not available.

She weighs around 57 kg. Her eye color is dark brown and her hair color is black.

Denise isn’t active on any social media sites as of now. There are only some images found on the internet. Denise maintains her life in a low media profile now.

Also, get to know about Berry Gordy, Hazel Gordy, Emory Gordy Jr, and many others.