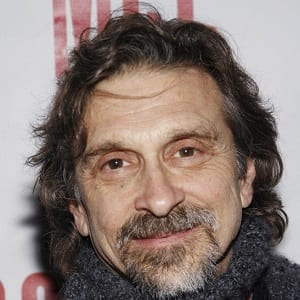 Dennis Boutsikaris was previously married to actress Deborah Hedwall. They were together from March 1982 to 2002. The pair has two children together. Dennis has not been involved in any relationships since then.

Who is Dennis Boutsikaris?

Dennis Boutsikaris is an American character actor. People mostly know him as a narrator of audiobooks for which he has won an Audie Award.

Boutsikaris was born in Newark, New Jersey on December 21, 1952. Throughout his childhood years, he grew up in Berkeley Heights. Dennis developed a keen interest in acting as a child. Furthermore, he is of American nationality. Furthermore, he belongs to the mixed ethnic background of Greek and Jewish.

Boutsikaris initially appeared as Frankie in ‘The Exterminator.’ Additionally, in 1980, he appeared in the TV movie ‘Rappaccini’s Daughter.’ In addition, he also had roles in ‘Nurse’, ‘War and Love’, ‘Liberty’, and ‘Very Close Quarters.’ Since then, he has appeared in several other movies and television series. At present, he has more than 100 credits as an actor.

Some other movie and television series that Boutsikaris has appeared in are ‘MacGyver’, ‘Better Call Saul’, ‘Salvation’, ‘Billions’, ‘Quantico’, ‘Rectify’, ‘Money Monster’, ‘Madam Secretary’, ‘State of Affairs’, ‘Satisfaction’, ‘Person of Interest’, ‘The Mentalist’, ‘The Good Wife’, ‘My Soul to Take’, ‘Grey’s Anatomy’, ‘Law & Order: Criminal Intent’, ‘Six Degrees’, ‘The Education of Charlie Banks’, ‘Criminal Minds’, ‘Las Vegas’, ‘7th Heaven’, ‘100 Centre Street’, ‘The Fugitive’, and ‘Custody of the Heart’ among others.

Boutsikaris garnered the CableACE nomination in 1996. In 2008, he won the Festival Prize in Long Island International Film Expo for ‘Calling It Quits.’

Boutsikaris has not revealed his current salary. However, he has an estimated net worth of around $ 1 million at present.

Boutsikaris has not been part of any notable controversies in his career. Furthermore, at present, there are no rumors concerning Boutsikaris and his career.

Talking about his body measurement, Boutsikaris has a height of 5 feet 7 inches (1.7 m). Additionally, his hair color and eye color is dark brown.