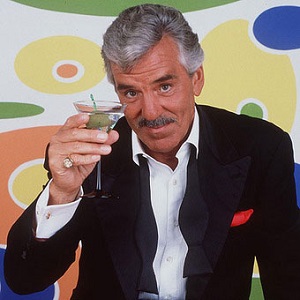 Rooting for the Cubs is not easy, but the best things in life never are

This isn't the most handsome face in the world, and there are a lot of younger guys out there, but I keep hanging in there

I think first impressions are important when you pick up a script.

Dennis Farina was married to Patricia Farina from 1970 until their divorce in 1980. They have three sons together: Dennis Jr, Michael, and Joseph.

His youngest son, Joseph, is also an actor. He has two granddaughters, Brianna and Olivia, and four grandsons: Michael, Tyler, Matthew, and Eric.

He lived with his longtime girlfriend Marianne Cahill in Chicago and Arizona, till his death.

Who is Dennis Farina?

Dennis Farina was an American actor and former Chicago police officer. His most known film roles are those of Jimmy Serrano in the comedy Midnight Run and Ray “Bones” Barboni in Get Shorty.

He also has starred on television in Crime Story and Law & Order. Farina also hosted and narrated a revived version of Unsolved Mysteries. His last major TV role was in HBO’s Luck, which premiered on January 29, 2012.

He passed away on 22 July 2013 at the age of 69 in Scottsdale, Arizona hospital. he was suffering from lung cancer and his body was buried at Mount Carmel Cemetery at Hillside, Illinois.

Farina was born on February 29, 1944, in Chicago, Illinois, the US. He was born to Italian-American parents Joseph Farina, a doctor, and Yolanda Donati. He had three brothers and three sisters. His ethnicity is Italian.

Other than this, nothing much information is known to the mainstream media about his early life, Childhood and teenage days, ethnic origin, etc.

Similar is the case of the information regarding his educational background and qualifications as well.

Dennis Farina served three years in the United States Army, followed by 18 years in the Chicago Police Department’s burglary division, from 1967 to 1985.

He began working for director Michael Mann as a police consultant, leading Mann to cast him in a small role in the 1981 film Thief. Farina moonlighted as an actor in Chicago-based films like Code of Silence, & theater before Mann chose him for his Crime Story series from 1986-88. He later starred as the title character in the TV series Buddy Faro.

Some of his notable movies include Saving Private Ryan and in various cops-and-robbers stories like Striking Distance, Another Stakeout, Snatch, The Mod Squad, Reindeer Games, Men of Respect, Big Trouble and Out of Sight. He also played a baseball manager in Little Big League and a basketball coach in Eddie.

In a leading-man role and a departure from his usual parts, Farina co-starred in a romantic comedy, That Old Feeling in 1997.

Farina had a flair for comedy. He won an American Comedy Award for his performance in Get Shorty and starred in the TV sitcom In-Laws, from 2002 until 2003. Dennis appeared in 2002’s Stealing Harvard, a comedy. He also had a comic role in the HBO production of Empire Falls in 2005 and in 2008’s Bottle Shock.

His distinctive voice was put to use in early 2005 when he provided the voice of aging boxer-turned-superhero Wildcat on Justice League Unlimited. In early 2013, he voiced the father of Daffy Duck’s girlfriend on The Looney Tunes Show and played himself in an episode of the animated series Family Guy.

In 2004, the producers of the TV series Law & Order hired Farina as Det. Joe Fontana. Farina stayed on the show for two seasons. In May 2006, it was announced Farina was leaving Law & Order for other projects, including 2007’s You Kill Me and 2008’s What Happens in Vegas.

His role as Detective Lt. Mike Torello on Crime Story was as a Chicago police officer. Also on television, Farina appeared in two network miniseries, Blind Faith (1990) and Cruel Doubt (1992). He made a rare western, portraying legendary lawman Charlie Siringo in a 1995 television movie, Bonanza: Under Attack, a followup to the hit 1960s series.

In October 2008, he became the new host of Unsolved Mysteries. Farina replaced Robert Stack, who had hosted the series for its prior 15-year run.

Farina played the title role in a 2011 independent film, The Last Rites of Joe May. He was also among the stars of a 2014 release, Authors Anonymous.

On television, Farina co-starred in the 2012 HBO horse-race gambling series Luck. He also had a recurring guest role in 2013 in the television comedy series New Girl, though his character was killed off prior to his death.

Farina died on July 22, 2013, in a hospital in Arizona after suffering a pulmonary embolism.

His salary was not known, he had a net worth of $8 million.

Farina was arrested on May 11, 2008, for carrying a loaded 22 caliber pistol through Los Angeles International Airport security.

He was taken to the Los Angeles Police Department’s Pacific Division and booked on suspicion of carrying a concealed weapon, and bail was set at $25,000.

On July 17, 2008, after reaching a plea agreement with prosecutors, Farina pleaded no contest and was sentenced to two years’ probation.

Dennis Farina had a height of 6 feet 1 inch. His hair color was Salt and Pepper and his eye color was grey. There is no information about his shoe size and body weight.