Dennis Miller is an American comedian, talk show host, political commentator, sports commentator, and actor. He is married and a father of two kids. 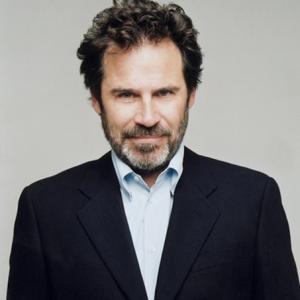 When it comes down to it, we're really just a big ant farm with beepers

Two wrongs may not make a right, but a thousand wrongs make a writer

Parenting is the easiest job to get - you just have to screw up once and it's yours.

What is the relationship of Dennis Miller?

Dennis Miller is a married man. He married Carolyn Espley in 1988, they are living a happy life together with no sign of other marital affairs.

They have two sons namely, Holden Miller and Marlon Miller.

Who is Dennis Miller?

Likewise, he is in the 21st position on Comedy Central’s 100 greatest stands up comedians of all time.

Dennis was born in Pittsburgh, Pennsylvania, in the United States on November 3, 1953. His mother’s name is Norma Miller and his father’s name is unknown.

He has a sibling namely, Jimmy Miller. He belongs to the American and Scottish ethnicity.

His birth sign is Scorpio. Talking about his education, firstly, he attended  Saint Anne School. Then, he attended Keystone Oaks High School.

Finally, he graduated from Point Park University with a degree in journalism.

Talking about his profession, Dennis Miller started his television career in the early 1980s as a host for KDKA-TV’s Punch Line. Similarly, his big break on television came in 1985 after being discovered by Lorne Michaels at The Comedy Story.

Besides that, he began to serve on America’s most viewed program Saturday Night Live as the Weekend Update anchor. In fact, he has also hosted several other shows including Dennis Miller Live, Monday Night Football, CNBC’s he and Hannity, and Colmes. Likewise, he also has appeared in several commercials and programs as a guest on the show.

Whereas, he started his radio career in 2007 signing a contract with Westwood One for a weekday three-hour talk radio program, The Dennis Miller Show. Consequently, he is a stand-up comedian and periodically performs stand-up. In fact, he uses rants in his comedy which is a stream-of-consciousness monolog.

Whereas, he is the author of four books which he wrote on his stand-up comedy and television monologs. Lastly, he has also appeared in several movies in comic as well as non-comic roles.

In talking about his lifetime achievements and awards, he won Primetime Emmy Award for Outstanding Writing-Variety Series three times in 1995, 1996, and 1998.

In 1996, he also won the Emmy for Outstanding Comedy-Variety or Music Program. Besides that, he has also won the WGA Award four times and has been nominated for several other awards.

There is no information regarding his salary. His net worth is around $100 million as of 2022.

Talking about his body measurements, Dennis Miller has a height of 5 feet 8 inches. Additionally, his weight is unknown. Dennis’s hair color is dark brown and his eye color is blue.