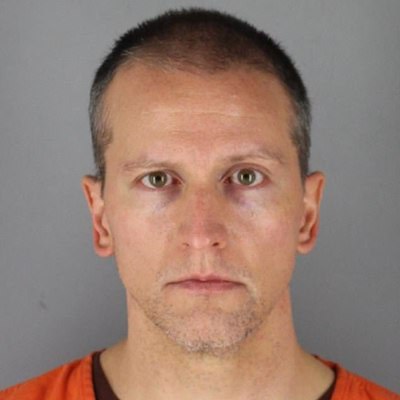 Derek Chauvin is currently a single and divorced man. Previously, he has exchanged vows with Kellie on 12 June 2010 but their wedding details are unknown.

His ex-wife is a real estate agent and photographer. But she filed for divorce on 28 May 2020 and it was finalized in Feb 2021.

Who is Derek Chauvin?

Derek Chauvin is an American former police officer and a proven murderer. He is in the media’s eye after the rise of the Black Lives Matter protest.

He was arrested for the murder of George Floyd for which he is currently in jail.

This former officer became the media’s attraction after the George Floyd murder. On 25 May 2020, Derek along with the other three officers charged George. According to the footage, he knelt on Floyd’s neck for more than nine minutes until he passed out.

In addition, he also did the same thing to a 14-year old boy in Sep 2017 case until that boy lost his consciousness.

The video of him charging Floyd immediately became viral and the public showed their hatred against the action. After that day, all the officers were suspended and Derek was arrested on 29 May 2020 and charged with second-degree unintentional murder, third-degree murder, and second-degree manslaughter.

By the decision of 12 jurors (6 white, 4 were black, and 2 multiracials) on 20 April 2021, Derek was founded guilty and the hearing will be in late June. Until then he is kept at the Oak Height Park state prison.

Other than the charge of murder, he was also found evading tax. He and his wife had shown their incomes less than the actual.

He was born Derek Michael Chauvin on 19 March 1976 in Oakdale, Minnesota, U.S. The name of his father and his mother is not revealed.

But his dad was an accountant and his mom was a housewife. They separated in the year 1983.

Derek’s ancestry is Caucasian and about academics, he at first attended Park High School but never completed it. Then he went to Dakota County Technical College and achieved a certificate in quantity food preparation.

He also later enrolled at Inver Hills Community College (1995-1999) and Metropolitan State University. From the latter, he got a bachelor’s degree in law enforcement in 2006.

Derek Chauvin was previously a staff at McDonald’s and a south metro buffet restaurant. He then joined United States Army Reserve in 1996. But left it after nine years in 2004.

He also joined Minneapolis Police Department in 2001 and was honored with several medals. He shot two criminals in 2006 and 2008. Besides, he also tackled a person with a pistol in 2008.

Moreover, he used to do security guard off-duty for which he got a commendation medal in 2009. His officer job was left after he was charged with George Floyd’s murder in 2020.

At present, he has accumulated an estimated net worth of around $100k US. The average salary of a police officer in the US is around $53300.

Regarding Derek Chauvin’s body features, his height is 5 ft 9 inches and his body weight is 63 kg. He has brown eyes plus his hair color is dark brown.

What is French-style divorce? Why is it the best for post-lockdown divorces?