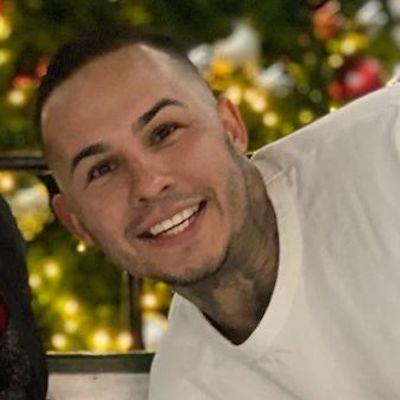 What is the relationship of Derek Deso?

Derek Deso’s relationship status is married. He exchanged vows with Sophia Turner on 12 Sep 2020. They started to see each other in early 2019.

His wife is a lash tech and hairstylist. She also owns a salon has her YouTube channel of beauty and health.

They posted their wedding pictures on social media. This ceremony was attended by Derek’s stepson Quincy. On that special day, Sophia wore a beautiful white gown while the groom wore a black tux with a white shirt.

Before Sophia, Derek dated a YouTuber named Lycette Cornejo. But they broke up in 2018. As per the sources, this separation was a messy one.

They did try to sort things out but failed.

Who is Derek Deso?

Derek Deso is an American internet star. He is known for his YouTube channel where he posts prank videos.

He is also part of a prank channel called TheBoogShow.

When did Derek Deso born?

He was born on 27 April 1987 in Los Angeles, California, USA. The name of his mother and his father is also behind the curtain.

Derek’s ancestry along with his academics is not yet revealed.

Derek Deso rose to fame after posting videos on YouTube. His channel as of now has accumulated more than 1.96 million subscribers. It was created on 11 June 2011 and is related to pranks.

Some of his most viewed videos are Giving People The PS5 If They EAT This CHIP, THIS WAS A BAD IDEA…. | Smacks or Facts, I Want To Be A STRIPPER..., etc.

In addition, Derek created another prank channel TheBoogShow in 2010. It is run by him and his two friends. With his wife, he also runs a channel titled DerekDesoDaily. It was made in Sep 2012 and has more than 2.56 million subscribers.

Moreover, his TikTok presence has gained more than 229k fans with over 507k likes.

This star YouTuber is keeping himself away from rumors and is also not surrounded by any desperate scandals.

What are the body stats of Derek Deso?

Regarding Derek Deso’s body features, his height is 6 ft 4 inches and his body weight is 75 kg.

Moreover, his eyes are brown and his natural hair color is dark brown. He has a fit, toned, and tattooed body.

He inked his neck, arms, and chest. On his left hand, he inked a word OMERTA.