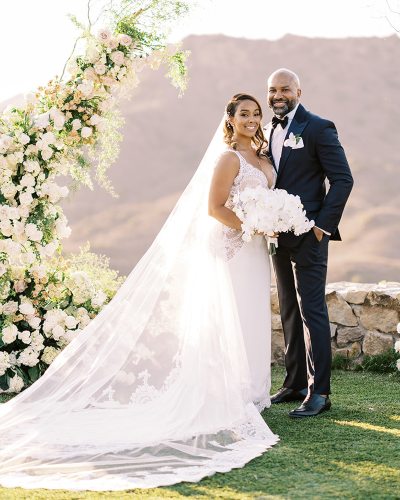 Derek Fisher and Gloria Govan are officially married! Fisher and Govan walked down the aisle on 17th July 2021 at Cielo Farms in Malibu, California. They postponed their April wedding due to the COVID-19 pandemic.

Likewise, the couple shared details about their wedding day with People. Gloria wore a plunging, curve-hugging gown by Monique Lhuillier which featured lace panels and beading around the waist.

Likewise, the bridesmaids wore a gown by Dessy Collection and the groomsmen’s dinned suits by Octavius Perry. Gloria wore an up-do for the big day, courtesy of Karla Daniels.

David Rodriguez did her makeup for the big day. The wedding venue is decked out with specialty rentals and lighting from Premiere Party Rentals, Papillon Rentals, and Casa De Perrin.

During the reception, guests dined on food from Tres LA Group’s Rob Pausmith and satiated their sweet tooths with a cake by Susie Cakes. The caffeine was provided by I Do Coffee and they sipped on four different signature cocktails, representing the blended Fisher-Govan family.

“For Derek and me, our wedding has been about unity and a blending of families. After the pandemic, we realized how important family really is. We could have easily eloped or filled out the paperwork and gotten it over with. But sharing this moment and event with those closest to us took priority over taking the easy route. We kept our guest list limited to those closest to us.”

Also read The Ex-wife of NBA player Matt Barnes, Gloria Govan an Actress and TV personality busy building her professional life in an Entertainment Industry and busy with her twin boys!

Derek Fisher proposed to his girlfriend Gloria Govan on 7th April 2018 at a family get-together. They have been dating each other since 2015. Also, Gloria announced the divorce,

“We engaged in 2018, and we eagerly started planning the wedding, but, unfortunately, like many, we had to cancel our big day. There were times we thought we should have a Zoom wedding instead of waiting but quickly realized our families being a part of the big day was important and our kids, who are just as excited as we are.” 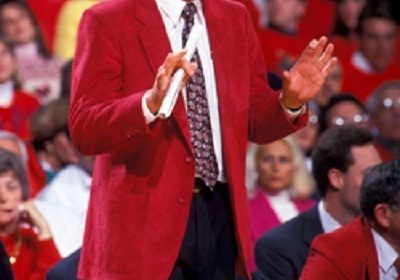