Posted by MarriedBiography Posted on May 27, 2020 | In Dating , Relationship
Share this 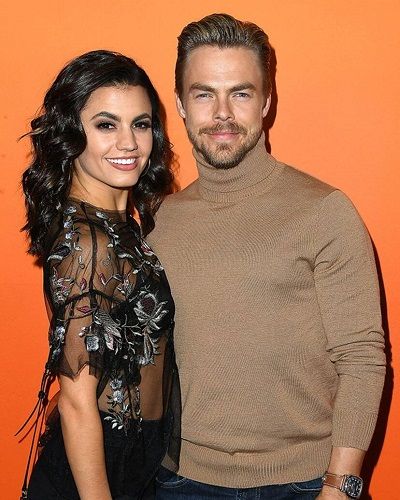 Hayley Erbert is a dancer from Topeka, Kansas. Hayley has been dancing since the age of three and is trained in all styles of dance. Her contemporary specialty won her numerous national titles and awards.

Elbert competed in Season 10 of FOX’s So You Think You Can Dance and made it to the Top 3 Females during her high school days. She has also performed in countless award shows and in film, dancing alongside stars such as Pitbull, Carrie Underwood, and Paula Abdul.

Likewise, she was the mentor of Kameron Couch and her partner Hudson West in Dancing with the Stars: Juniors.

Haley and Derek Hough have been quarantining together during this coronavirus outbreak. Derek is enjoying being ‘cooped up’ with his girlfriend which brought them even closer.

They have special date nights at home. They have been spending a lot of quality time together and keeping each other busy.

Likewise, they have been spending their time bingeing shows on Netflix, doing dance routines which they document on Instagram, and having dates in different areas of their house.

Also read Tinder owner states that users of the dating app has changed dramatically due to the coronavirus lockdown!

Hayley and Derek have been together since 2015. They started dating after working together on Dancing With The Stars. Their fans are waiting for them to get engaged soon.

“I want to marry once. I want to be with that person that I love dearly. Also, I want to get to know that person. I feel like, if anything, it’s something that I don’t feel like should be rushed into doing at all,”

Hayley and Derek first met in 2014 at the dancing tour Move Live on Tour. They have been together since then and are still holding on tight.

They are spotted together at public places like Disneyland, farmers market, and many events. Similarly, they were spotted at the wedding of their Dancing with the Stars friends.

Derek said good things about her,

“She’s really, really grounded—just really down to earth, and just [has] a good heart and a beautiful soul.”

They have a cat named Palo which often makes appearances on her Instagram.

Derek Hough is an American professional Latin and ballroom dancer, choreographer, and actor. He is a professional instructor of the dancing show Dancing With the Stars and has been instructing in the show for since the fifth season. Read more bio…