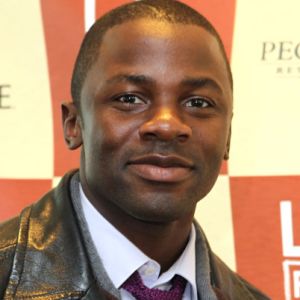 Antwone's story was a story of hope and that's what appealed to me. I needed hope myself at that time. I think all actors give up at some time and think they're never going to make it.

Denzel Washington invoked confidence. When you have confidence, you can do anything. And that's what happened. I learned about being honest and keeping it true, keeping it true in my performance.

Denzel's quality, I think, is his faith. You have all the action in your head and you have to believe in it and just do it. That's what he does and that's what he taught me to do.

In 1998, Derek Luke married Sophia Adella Hernandez who is an actor and singer.

Since then, the couple is living a happy married life without any rough patches in their relationship.

This couple is blessed with two children.

Who is Derek Luke?

Derek Luke is a renowned Hollywood actor mainly notable for playing the title role in the movie ‘Antwone Fisher.

His performance in the movie bagged him the illustrious ‘Independent Spirit Award’.

The success of Antwone Fisher led to many big opportunities in the life of Luke.

He then went on to play in movies like ‘Friday Night Lights and ‘Notorious’ that went super successful in the theater.

Derek Luke was born on 24 April 1974 to a father who worked as an actor in London and a mother, a pianist.

His ethnicity is Afro-American and his nationality is American.

He has two brothers. Since his parents’ relationship went rough and they divorced when he was in 3rd grade, he had to struggle quietly a lot with his early education.

At a quiet young age, he learned how to act tough.

Despite early life hardships, he eventually attended Linden High School as a freshman year. Then he went to another six different schools.

In 1992, he enrolled at Jersey State College to study acting after graduating from Snyder. In 1993, Luke graduated from the Henry Snyder High School.

Following graduation, he selected an acting career and got enrolled at Jersey State College.

Later to pursue an acting career, in 1995, he moved to Hollywood, Los Angeles.

Derek Luke had a struggling start to his acting career in the initiation phase.

Before landing his first role in the 2002 film Antwone Fisher, he had to walk through a number of odd jobs like selling cologne, Sony Pictures gift shop, etc., to pay the rent.

Although his first prominent role came in Washington’s director movie yet he had already played a small part in the 1999 sitcom, ‘The King of Queens‘.

After the successful breakthrough, he went on to play as a football star in Friday Night Lights (2004), basketball player in Glory Road (2006), and as Patrick Chamusso, anti-apartheid African activist in 2006 Catch a Fire.

Later, he also appeared in blockbuster hits like ‘Captain America: The First Avenger and ‘The Americans in 2011 and 2013 respectively.

Unlike other movies, his first movie as a lead actor earned him a number of renowned awards.

With dozens of awards and successful movies under his name, the actor Derek Luke has an estimated net worth of $5 million.

As of today, Derek Luke is projected to have witnessed controversies when one of her followers wrote racist comments about his Hispanic wife in 2015.

He responded back to that follower with a befitting reply.

Derek and his wife are living a happy marital life. So there are no rumors of extramarital affairs or divorce.

Derek Luke has a fit body with a height of 5 feet 10 inches and a weight of around 82 kg.

He has Black hair and dark brown eyes.

No doubt if he would have had a social media account, he will be having many followers.