Derek Mio is currently possibly living a single life as the details about his romance is unknown. But on his Instagram, he shared a picture of him with a baby.

The picture was posted on 30 Dec 2021 in which the adorable child was sleeping on his chest. 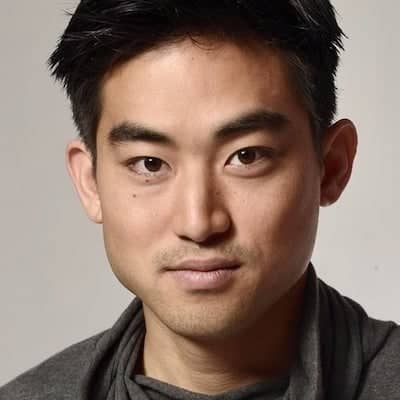 Who is Derek Mio?

Derek Mio is an actor and comedian of American nationality. Derek Mio is popular for featuring in The Terror, Greek, Spooked, etc.

He has directed/produced/written a short film named Proxy that came out in 2020. Further, he also doses several stand-up comedy shows.

This actor in 2021’s did an episode of Grey’s Anatomy (TV Series) playing the role of Dustin but for only an episode.

His birth year is 1982 but the date he celebrates his birthday is unknown. He was born in Huntington Beach, California, the United States. The name of his mother along with his father’s identity is unknown.

Further, Derek’s ancestry is Asian and as per his academics, he completed his High School studies at Huntington Beach High School.

Then he went to the University of Southern California for Arts.

Derek Mio since his debut in 2003, was featured in several movies as well as TV shows. But the role that rose his fame was in TV shows Greek (2007-11) as Wade / Wade Matthews and The Terror (2019) as Chester Nakayama.

Derek’s other briefly seen in TV shows are,

By the sources of 2022, his net worth is estimated at $500 thousand. The yearly salary that Chris charges are under the rug.

This actor who played the role of Wade Matthews in the show Greek, Derek is keeping himself away from scandals as well as rumors.

Derek Mio’s height and body weight both are of average shape. Adding some more, he has dark brown eyes and hair turned in dark brown color.

Derek Mio is officially available on social sites such as Twitter and Facebook where he has gained more than 2.6k and 1.1k followers respectively.

He is also on accounts on Instagram with around 5.1k fans and on YouTube, he has over 331 supporters.