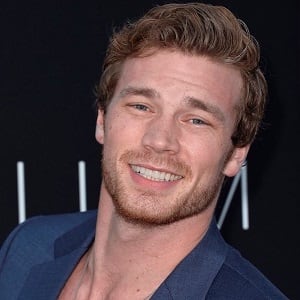 Who is Derek Theler?

Derek Theler is an American actor. People mostly know him for his role as Danny Wheeler in the ABC Family comedy ‘Baby Daddy.’ Additionally, he has also appeared in several other movies and television series including ‘Ninjak vs the Valiant Universe’, ‘American Housewife’, and ‘Shark Killer’ among others.

Theler was born in Fort Collins, Colorado on October 29, 1986. He was born to parents Beth L. and Robert Theler. He was diagnosed with Type 1 diabetes when he was three years old. Additionally, he has a younger sister named Ashlea. Throughout his childhood years, he grew up playing sports.

Derek is of American nationality. Furthermore, he belongs to the mixed ethnic background of German, Scottish, and English.

Some other movies and television series that Theler has appeared in include ‘Noches con Platanito’, ‘Princess Rap Battle’, ‘Secret Summer’, ‘How Sarah Got Her Wings’, ‘Shark Killer’, ‘General Hospital’, ‘Hey Tucker!’, ‘Project: SERA’, ‘Camp Virginovich’, ‘90210’, and ‘Conan’ among others.

Theler has not revealed his current salary. However, he has an estimated net worth of around $ 3 million at present.

Theler has not been involved in any notable controversies in his career. Furthermore, at present, there are no rumors concerning his life and career.

Talking about his body measurement, Theler has a height of 6 feet 5 inches (1.96 m). Additionally, he weighs around 99 kg or 218 lbs. In addition, his hair color is light brown and his eye color is blue.