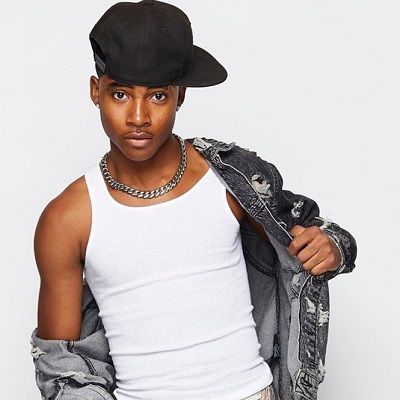 The 16 years-old social media star Famous Debo is possibly single. He has made videos with Brooklyn Queen so people suspected them dating.

But they have not confirmed anything.

Who is Famous Debo?

Famous Debo born as Derrick Cummings is an American social media star. He gained fame for his comedy videos which earned him Instagram followers.

He is also active on YouTube with the channel name ‘Chris & Debo Mafia’.

Derrick Cummings was born on 6th March 2003 in the United States.  Debo is the only child of his parents based in Chicago, Illinois.

He has not disclosed his education information.

Their most viewed videos include Chris & Debo – I Like Prod. Guala Beatz X Darkboy. It gained 1.1 million views. After that, another video Bring Em Out has 2.9 million views.

Their latest video is Debo and Nevaeh Truth Or Dare W/ Chris uploaded on 28th January 2020.

The estimated net worth of Debo is $500 thousand. From his YouTube channel, he earns an average salary of $5k-$80.6k. He earns from social media.

Debo has not been part of any controversy and rumor. He has kept his professional and personal life away from controversy.

Debo has black hair and brown eyes. He is 5 feet 8 inches tall.