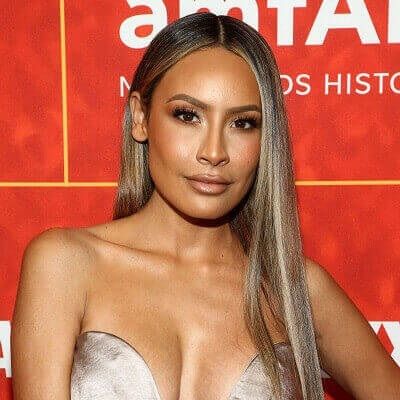 Desi Perkins is a married woman. She is married to Steven Perkins. The couple dated for a year before getting married in 2012. They exchanged wedding vows in the presence of close friends and family. Her boyfriend turned husband, Steven is a graphic designer and photographer.

Eventually, Desi became pregnant with his baby more than six years ago. Unfortunately, as a result of a tumor, they ended up having a miscarriage. Thankfully, the tumor was received after successful surgery and the doctors revealed that she had to go on a long road of recovery before she could finally conceive a baby.

Perkins is finally pregnant now in 2020 with Steven’s baby. The 33-year-old announced the delightful news on Instagram, with a short video clip of her showing off her baby bump. She captioned the post, “PERKINS PRODUCE! Our best harvest yet. Coming October 2020.”

Who is Desi Perkins?

aDesi Perkins is an American YouTuber and social media personality. On her Youtube channel, she posts makeup tutorials, beauty tips, vlogs, etc. and has gained over 3.32 million subscribers.

Perkins is very close to her brothers and she loves spending time with them. Her older brother was in a band and used to play the saxophone. Her mother’s name is Patty but she has not revealed her father’s name. He is known to be her main inspiration.

To quote her own words about her father,

“I really admire my dad. He has this gift of not stressing or worrying or basically doing any pointless action that is out of his control. One day, I want to be like my dad and never doubt myself. I’m working on it.”

Her ethnicity is Spanish-Mexican.

There is no information about her educational background. She has not revealed which school or college she went to but she does seem like a well-educated woman.

Desi Perkins was interested in fashion and makeup from an early age. For a major part of her career, she was a freelance makeup artist. Her transition into a makeup and beauty guru was easy for her. With the aim of sharing her tips and tricks about makeup, she started posting videos on Instagram. This proved to be a very good decision as her popularity started growing and her videos also started gaining a lot of views. As of May 2020, she has more than 4 million followers on Instagram.

She then decided to start her own YouTube channel to reach a wider audience for her videos. She posted her first beauty tutorial, ‘Soft Warm Sultry Eye Tutorial’ in August 2013. From the very first video, she attracted hundreds of subscribers to her channel which encouraged her to post more and more videos.

Her video titled, ‘HOW TO: FLAWLESS SKIN WITH NO FOUNDATION | DESI PERKINS’ uploaded in May 2017 has more than 4 million views.

As of May 2020, her YouTube channel has over 3.32 million subscribers and her total video views have crossed 247 million.

How much is Desi Perkins worth?

Desi Perkins has an estimated net worth of around $1 million. She earns money from her Youtube channel and other social media sites. Her annual income is estimated to be around $300k.

Desi Perkins stands at a height of around 5 feet 6 inches. She weighs around 56 kg. Her body measurements for breasts, waist, and hips are 34-25-35 inches. Her bra size is 34 B and her shoe size is 6 (US). She has dark brown hair and a beautiful pair of hazel eyes.

Desi has not been involved in any controversies. She has been able to keep herself away from any type of controversy and scandal. So far, she has not done anything controversial in her career.

You may also like to read the Bio, Career, Net Worth, Relationships, Body Measurements, etc of Don Benjamin, Anna Shaffer, Jem Wolfie, etc.