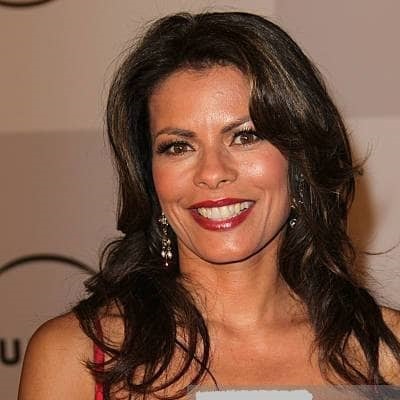 DaCosta shared 27 years of marriage with Blair Underwood. On May 31, 2021, Underwood released a joint statement via Instagram. In their statement, they mentioned they came to the decision on a mutual understanding and called it a ‘beautiful journey’.

Who is Desiree DaCosta?

Desiree DaCosta is an actress from the United States. She emerged the fame for her work in the romance and drama films ‘Boomerang’. DaCosta was also an executive assistant for Eddie Murphy.

At present, she works as a freelance talent coordinator. Besides, she is best known as the ex-spouse of actor Blair Underwood.

Desiree was born in California, the USA on November 3, 1970. According to her birthdate, she is 50 years old as of now. Her Zodiac sign is Scorpio.

DaCosta hasn’t yet disclosed her parent’s and other family member’s details in the media. Her academics background are also under the curtains at the moment.

She holds an American nationality and belongs to the African-American ethnicity.

Desiree started her career as an assistant for Eddie Murphy. In 1989, she was cast in the American comedy crime drama film, Harlem Nights. A year after, she appeared as an executive producer for Walter Hill’s movie, Another 48 Hrs. She starred in Reginald Hudlin’s romantic comedy film, Boomerang along with film stars Eddie Murphy, Robin Givens, Grace Jones, and Martin Lawrence.

Afterward, DaCosta was promoted to an executive assistant for Eddie’s movie, The Distinguished Gentleman. On February 12, 2004, she appeared in an episode of The Oprah Winfrey Show. Moreover, DaCosta has been part of the TV movie documentary ‘Inside the White House’.

DaCosta has avoided such controversial acts and rumors that create a huge buzz in the media. So, she has managed to maintain a clean profile to fate.

As of 2021, Desiree has an estimated net worth of around $300 thousand. However, she hasn’t yet disclosed her salary and other earnings in the media.

Talking about her ex-husband’s net worth, he has accumulated around $8 million of net worth throughout his professional life.

Talking about Desiree’s physical appearance, she has a fair complexion. She has dark brown pair of eyes and as well dark brown hair color.

Similarly, she stands at the height of 5 feet 7 inches tall and her weight is about 68 kg.