Desmond Harrington is an American actor. He is best known for his role as Detective Quinn in the Showtime television series Dexter (2008-2012). He is also famous for portraying the character Jack Bass in the TV series Gossip Girl (2009-2012). He is an unmarried man. 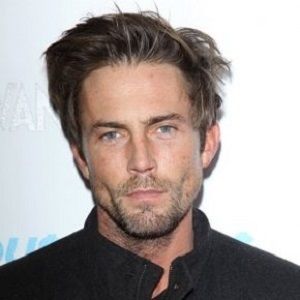 It's a job and we're going to work together for six months, so let's have a good time

That's probably a problem for some people in this business, they don't like to listen.

What is the relationship of Desmond Harrington?

Desmond Harrington is an unmarried man till now. He has been in a number of relationships in his past. In 1999, he was in a relationship with the beautiful American model and actress, Amber Valletta.

There is no information about when they began dating each other. The couple has been together for a while now and their relationship is still going very well.

Who is Desmond Harrington?

Desmond Harrington is an American actor. He is best known for his role as Detective Quinn in the Showtime television series Dexter (2008-2012).

He is also famous for portraying the character Jack Bass in the TV series Gossip Girl (2009-2012).

Desmond Harrington was born on 19 October 1976, in Savannah, Georgia, USA. His nationality is American and he is of North American ethnicity.

He was raised in the Bronx, New York. He is the son of Native American parents Mary Harrington and Michael Harrington. There is no information about his childhood life.

Desmond had an interest in acting from an early age and he wanted to become an actor since he was a small boy. Before becoming an actor, he worked as a bartender in Manhattan.

Desmond joined Manhattan College to pursue his education. It is located in New York, United States.

Desmond began his acting career playing the role of Aulon in the 1999 film The Messenger: The Story of Joan of Arc.  The following year, he appeared as JT Marlin Trainee in Boiler Room (2000).

Harrington also appeared in the sci-fi drama Taken, in which he played Jesse Keys. From 2006 to 2007, he played the role of Wylie Blake in the TV series Sons & Daughters.

In September 2008, he joined the cast of the Showtime TV show, Dexter, as Detective Joseph “Joey” Quinn. He portrayed the role until 2013 and completed 72 episodes.

For his performance in Dexter, he was nominated for Screen Actors Guild Awards four times from 2009 to 2012.

What is the net worth of Desmond Harrington?

What are the body descriptions of Desmond Harrington?

Desmond Harrington has a height of 5 feet 8 inches. His body weight is not known.

Besides this, he has brown hair and blue eyes. Furthermore, there is no information about his body measurement.

Desmond Harrington is not active on any social media.