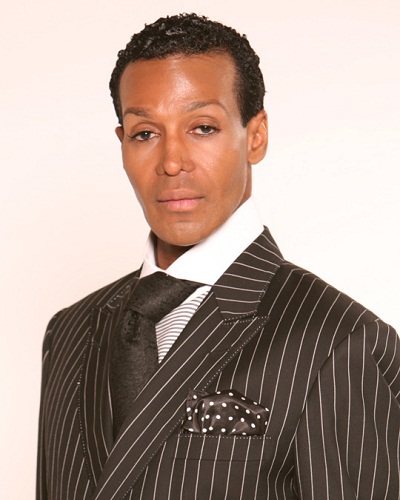 We all know that America’s favorite Atlanta Housewives star Dwight Eubanks is openly gay. But despite being gay, he married a lady. Why did he do that?

Despite being gay, he got engaged to a white woman back in time. Did he marry his ladylove despite being gay? Or the connection between them was just limited to engagement?

Although it’s hard to be specific about the day when Eubanks came out as gay and accepted his sexuality in front of the world, there is no denying the fact that he belongs to the gay side.

He is proud of being gay, and he surely does not back down from standing for what he believes in.

But he admitted he did too. Eubanks did not speak much about his fiance, but he said she has no qualms about his appreciation towards both genders.

Also read Gay actor Chad Allen-know how he entered into showbiz and his career and relationships!

He also shared that he gets more appreciation from women rather than men,

“I get more play from women than men. I can’t get a date with a man, but the women are knocking my doors down. They just love you when you can be real about who you are.”

But this wasn’t the first time this flamboyant man was on track to getting hitched as he revealed that he was previously engaged to someone else.

“I was engaged two years ago to a prominent lawyer in the city,”

Dwight’s sexual orientation is not straight.

Talking about his relationship status, he says,

“I’m not single. I’m in a long distance relationship, because my boyfriend lives in the future.”

However, did the man get married to his lady fiance and turn her into his wife? Well, the answer to that is still to be revealed and Eubanks, being a man of few words with regards to his married life has led the people hanging and itching to know the answer to this very question.

He might have got married to her and chances of them splitting are also there, but nothing official has come forth from the end of Eubanks which is why no major conclusion can be reached at the moment.

Issues that pointed out his career

Eubanks has been an unfortunate man when it comes to the law. He has been snagged for driving on a suspended license in 2011. Eubanks was arrested again on February 28, 2014, in Dekalb County, Georgia when he failed to show the officers his then-current license and ID.

But he made a bigger headline for the nose job he did back in 2015. While appearing on the E! show, Botched, he appeared without his beak with the help of Dr. Paul Nassif and Dr. Terry Dubrow.

Eubanks even held a funeral for his old nose, and full of elation, he said,

“The old nose is dead, we have to bury it. But, not in joy, but in joy. The Lord taught me a lesson, and boy, did he give me an ass-whoopin’. I’m forever grateful for this whole process, and it has changed my life.”

Either way, he has been a man who has been able to earn a fair amount of respect and recognition in his life.

You may like to read about American gay fashion designer Marc Jacobs getting married to his candlemaker boyfriend Char Defrancesco!

Multitalented Dwight Eubanks is an American renowned television personality as well as a high-profile hairstylist. He is best known for his appearance on the reality television show Real Housewives of Atlanta. More Bio…