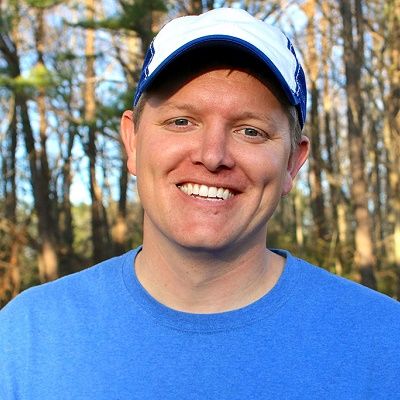 I was a guest on "Sunrise" Australia...and was told that this was the top morning show in Australia....Not sure though.

I did a pilot for National Geographic, but decided not to go to series because of the time requirements.

Ford was kind enough to invite me to do a piece with the contestants on American Idol.

I was a presenter at "Space Oddity: A Special Science Week Event With Chris Hadfield” at Australian National University in Canberra, Australia.

Destin Sandlin is married to Tara Sandlin. Tara is a homemaker.

Destin and Tara have 4 children.

Who is Destin Sandlin?

Destin Sandlin is an American Engineer and Science communicator.

He is famous for his educational video series “Smarter Every Day”.

His family and his sister often appear in his videos.

Sandlin has a B.S in mechanical engineering and an M.S in Aerospace Engineering from the University of Alabama in Huntsville.

He also minored in Business Administration while at the University of Alabama. Destin was, until late 2018, a full-time Missile Flight Test Engineer at Redstone Arsenal.

He is currently pursuing a PhD from the University of Alabama Huntsville advised by Dr. Kavan Hazeli.

He is fascinated with science and technology and his former job was a rocket test engineer which afterward provided him inspiration for making Educational videos.

Destin started his career as a Youtuber. Sandlin’s Youtube Channel is very famous on the internet that has over 7 Million subscribers and over 500 million views.

He is widely known for his educational video series “Smarter Every Day” which is hosted on a Youtube channel in 2007.  Since 2012 Sandlin has been supporting the charity that cares for orphan boys in Peru.

In early 2016. Sandlin was one of three YouTube personalities chosen to conduct a one-on-one interview with then-president Barack Obama after his final State of the Union address. The interviews were sponsored by Google and were part of a White House initiative to reach millennial audiences.

In April 2016 he started a second Youtube channel called “The Sound Traveller” and In February 2017, he started a podcast called No Dumb Questions with his friend Matt Whitman.

In 2003 he was awarded the University of Alabama’s Outstanding senior award.

He is active on Instagram and Twitter in the name of “smartereveryday” and “Destin Sandlin” with 149k and 14.5k followers respectively.