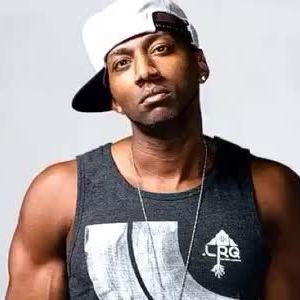 DeStorm is in long time relation with his girlfriend whose name is not known to the media. He has a son out of this relation. His son, Trayvon Power is also a Vine star, actor, comedian and dancer.

It was rumored that Vine star, Liane V might be his wife after he posted a video titled ‘This is my wife’ on his channel. He collaborates with King Bach and other vine stars for his Vine videos.

Who is DeStorm Power?

He is a Vine star, a musician, rapper, singer, songwriter, actor, comedian, producer, director, ghostwriter, athlete, and beatboxer. He has his own YouTube channel which has more than 250 million views.

DeStorm Power was born on 30 January 1982 in Arlington, Virginia, United States. His nationality is American and ethnicity is African.

His parents were divorced when he was still small, and he lives with his mother and seven siblings in Baltimore, Maryland. DeStorm Power was raised in a single parent household.

He used to live with his mother and seven siblings in Baltimore. As his career picked up, he moved to Los Angeles, USA. He lost his mother to stomach cancer in 2008.

He neither liked nor attended much of school since he had a keen interest in music.

He started his career ghostwriting for various recording companies. He used YouTube to his advantage by uploading his songs and performances on it. He gathered a large number of fans following.  His appearance in Epic Rap Battles of History gave him added fame.

He has worked with a number of record labels, including Universal. His main genres are hip-hop and R and B. He loves traveling and playing chess. His talents won him several awards in 2013 and 2014.

DeStorm Power: Salary and Net Worth

Power has a net worth estimated of around $2.5 million and his salary is unknown.

It is rumored that Vine star, Liane V (Liane Valenzuela) is DeStorm Power’s wife, but there has been no clarity or confirmation on this.

It is not sure whether he has married his girlfriend or whether they are just in a relationship still. He has not fallen into any major controversy.

DeStorm Power is a case of ‘rags to riches’. He was from a very poor background with no father. He has gone on to earn fame and money.

In 2013, DeStorm Power was criticized by some fans for the quality and variety of his newly uploaded video ‘Do my dance on Em’. DeStorm Power minced no words in giving them a befitting reply. He said that he is a believer in varieties and mixes in music.


Power has a height of 6 feet. His body weighs 82kg. He has black hair and dark brown eyes. His shoe size is 11 US.