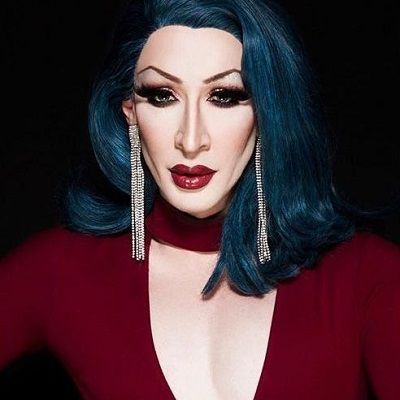 "I am the queen be... so eat it up.'' "Michelle's favorite movie is 'Showgirls' and much like Nomi Malone, she relies on the talents of her black friend." (on "RuPaul's Roast")

Detox Icunt’s relationship status is single and self-partnered. Presently she lives in Chicago, Illinois, US.

Detox was born as Matthew Sanderson on June 3, 1985, in Orlando, Florida, USA, to Patty and Tom Sanderson.

She has a twin brother named Michael and a sister, Heather.

In 2009, she met with a car accident and underwent reconstructive surgery on her forehead. And before coming into the limelight, she was a fixture in the Southern California drag scene.

In March 2012, William Belli released “Chow Down,” a parody of “Hold On” by Wilson Philips. The song featured Detox Icunt and Vicky Vox, who co-wrote the parody’s lyrics.

Together they released several other singles: “Boy is a Bottom,” a parody of “Girl on Fire” by Alicia Keys which debuted at number six on Billboard‘s Comedy Digital Songs, selling 3,000 downloads in its first week.

The American drag performer Detox also released the non-album singles: ‘Supersonic’, “She’s Gotta Habit”, “I Like It Like That”, and “#SueList”.

In 2008, Detox appeared in the song ‘Disturbia’ by Rihanna. Two years later, she was featured in Kesha’s tracks ‘Take It Off’ and ‘Sleazy Remix 2.0: Get Sleazier’ respectively.
In 2003, Icunt also got featured on Lady Gaga’s ‘Applause’ (lyric video).

In Addition to RuPaul’s Drag Race, Detox has appeared in NextNowNext Awards, Drag Queens of London, Skin Wars, Gay for Paly Game Show Starring RuPaul, and Botched.
She was featured in web series Neil’s Puppet Dreams in 2012 and also hosted the web series ‘Oh, Pit Crew’ in 2015.
In 2017, Detox appeared in the movie Cherry Pop.

Detox has an average height and weight. She has brunette hair with brown eyes.