Deval Patrick is a politician and is a former 71st governor of Massachusetts. 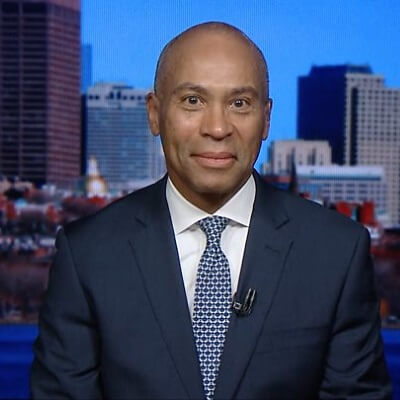 We need a government that is what we are at our best. Smart, efficient, pragmatic and compassionate

For too long, Democrats have been telling people what they want to hear. I'm going to tell you what I believe

If you are ever going to move beyond where you stand at that moment you have to conjure a picture in your head of where you want to go.

Deval Patrick is a married man. He married Diane Patrick in 1984. His wife Diane is a lawyer specializing in labor and employment law. The couple has two daughters named Sarah and Katherine. The family lives in Milton, Massachusetts.

Their second daughter, Katherine is a lesbian as she had publicly announced about it in July 2008. She had also mentioned that her father had no idea about it while he was fighting against a proposed amendment to the state constitution that would have banned same-sex marriage. Later in an interview, Patrick mentioned that he was proud of his daughter and would support her.

In September 2011, His daughter Sarah is married Marco Morgese since September 2011. He became a grandfather in 2013 when his daughter gave birth to her child, Gianluca Noah Patrick Morgese.

Who is Deval Patrick?

Likewise, he is also the only third African-American to be elected of any state in the US. Moreover, he was briefly a candidate for the President of the United States in the 2020 presidential election.

Deval Patrick was born on July 31, 1956, in Chicago, Illinois. His current age is 64 and his ethnicity is African-American. His father Pat Patrick was a musician who left the family leaving Patrick and his mother. So, he was raised by his mother Emily Mae Patrick.

He has a brother Bernard Sigh and two sisters: Rhonda Sigh and La’Shon Anthony.

While he was in 8th grade, he earned a scholarship to Milton Academy. Furthermore, he attended Harvard University from where he graduated in 1978 with his A.B. degree in English and American literature.

Patrick’s career started after his graduation. He was working for the United Nations, traveling, and living in Sudan. Again in 1979, he came back to the US and was studying at Harvard Law School and graduated in 1982 with his J.D degree. He then started practicing law with the NAACP Legal Defense and Educational Fund.

Later, he was able to join the Boston law firm and was named a partner at age 34. In 1994, he got appointed as the United States assistant attorney general for the civil rights division of the United States Department of Justice by President Bill Clinton. He worked on different issues like racial profiling and police misconduct.

In 1997, he was able to join the firm of Day, Berry & Howard by returning to Boston. He was then appointed as the Chairman of Texaco’s Equality and Fairness Task Force by the federal district. His work was to oversee the implementation of the terms of a race discrimination settlement. He examined and reformed Texaco’s complex corporate employment culture, and also created a model for fostering an equitable workplace.

In 2001, he became the Executive Vice-President, General Counsel and Secretary at The Coca-Cola Company and left Texaco. Then, from 2004, he started working on the board of directors of ACC Capital Holdings. He left the company in 2006. He then joined the private equity firm Bain Capital in 2015, where he is currently acting as a Managing Director.

Deval Patrick has been through various controversies. In 2007, while in the early months of Patrick’s administration, a series of decisions were called ‘missteps’ by the governor which brought controversies and substantial unfavorable press.

His net worth is around $3.2 million-$11 million. Most of his income comes from being a businessman and a politician. His salary when he was a governor was around $151,800.

He has grey hair with black eyes. His further body measurements such as his height are 5 feet 8 inches and weigh 75 kg.

You may also like to know more about the Bio, Age, Career, Net Worth, Relationship of Elise Stefanik, Kate Brown, Kathryn Dennis, and Jon Foster