Devale Ellis is an American actor who was once a football player. Devale Ellis used to play as a wide receiver for the NFL teams. He is married and a father of four kids.

Devale Ellis’s relationship status at present is married. He has exchanged vows with Khadeen Ellis on 04 July 2010.

Devale along with his wife runs a YouTube channel called “The Ellises“. They mostly post family vlogs and skits. Moreover, they also have a podcast called “Dead Ass”. 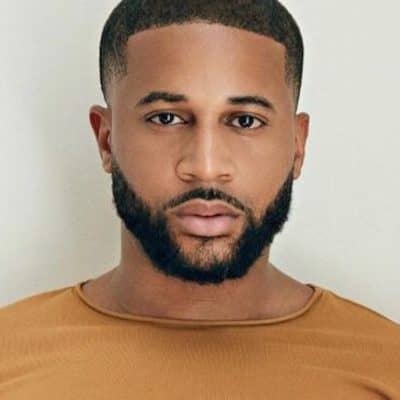 Who is Devale Ellis?

Devale Ellis is an American actor who was once a football player. Devale Ellis used to play as a wide receiver for the NFL teams.

His birthdate is 02 April 1984 and he was born in Brooklyn, New York, the United States. The name of his mother is Karen and his father’s identity is Troy.

Further, Devale’s ancestry is All-American. As per his academics, he studied at James Madison High School and then went to Hofstra University.

Devale Ellis was interested in sports from high school and played basketball as well as football. He then played football while studying at the University. Then in 2006, he joined an NFL team Detroit Lions for whom he played for a year and left in 2007.

After a year, he was drafted by Cleveland Browns in 2008 than in 2009, he was released. After retiring from the football ground, he shifted to acting.

In 2013 started Devale’s acting journey started with a movie titled Full Circle as Tommy. His notable roles can be seen in TV shows Vish Merrick as Vish Merrick, Makeup X Breakup as Gavin, Sistas as Zac, and Bigger as Ken.

His other short roles can be seen in,

By the 2022’s data, he has an estimated net worth of around $1.9 million. However, his salary and other income are not yet revealed.

This once football player is keeping himself away from scandals as well as rumors.

Devale Ellis’s height is 5 ft 10 inches and his body weight is average. Similarly, he has black hair and eyes in dark brown color.

Devale is officially present on social sites such as Twitter with over 24k followers. He is keeping himself busy on Instagram with over 1.7m fans and on Facebook with over 1.5m followers.