Devan Long’s relationship status at present is possibly single. He has not shared his affair or girlfriend’s details.

It is also unknown whether he is married or not. 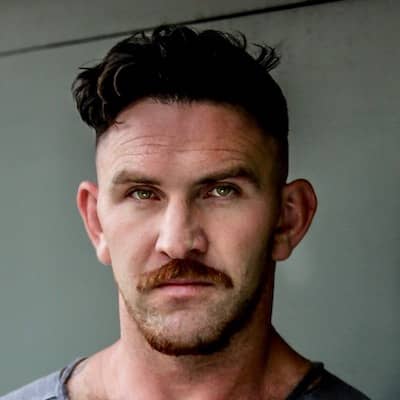 Who is Devan Long?

Devan Long is an American actor by profession. He is popular for appearing in Ghosts, Doom Patrol, Bosch, General Hospital, etc.

His upcoming movie Ambulance as William Wallace will release soon.

His birthdate is 31 Aug 1983 and he was born in the United States as Devan Chandler Long. The name of his mother is Lori and his father’s identity is David.

Further, Devan’s ancestry is Caucasian, and as per his academics, he was selected for the University of Oregon in Football scholarship.

Devan Long started his acting journey in the year 2011 and is still active. He debuted with a short movie titled THE Rainbow Chasers. Then he appeared in NCIS: Los Angeles, Shameless, Moron, Sam & Kat, Rake, The Bridge, etc.

His other brief acting projects are,

As of  2022 data, he has an estimated net worth of $1 million. However, his per annum salary is not yet calculated.

This Ghosts actor is keeping himself away from scandals as well as rumors. But when he was only 07 years of age, he was attacked by a Grizzly bear.

It was a near-death attack so to avoid similar situations, he learned the art of bullwhip self-defense.

Devan Long’s height is 6 ft 4 inches and his body weight is of average shape. Adding more, he has light brown hair and has eyes in grey color.