DeVaughn Nixon is an American actor. He is possibly single. 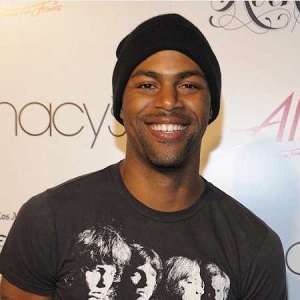 What is the relationship of DeVaughn Nixon?

DeVaughn Nixon has kept his personal life private and out of the spotlight. He usually doesn’t talk about his private life in media and in public.

He prefers people to focus on his work rather than his personal life. He hasn’t mentioned his affairs publically and has managed to keep it low profile.

It seems like he is sharpening his strength and skills to make his all dreams come true rather than being stuck in a relationship.

He is currently focusing on his work and it seems like he doesn’t have time for love affairs.

Who is DeVaughn Nixon?

DeVaughn Nixon is an American actor.

He is best known for his role as Fletcher in the 1992 movie The Bodyguard. He is also famous for his roles as Danny Dyson in Terminator 2: Judgment Day (1991) and Raynathan in Sugar Hill (1994).

He was born to the former basketball player, Norm Nixon. His stepmother, Debbie Allen is an actress, director, dancer, and producer.

He has two half-siblings; former basketball player Norman Ellard Nixon Jr. and dancer Vivian Nichole Nixon. Nixon is an American by nationality and he is of African-American ethnicity.

He graduated in television production and business finance from Loyola Marymount University. His parents taught him to appreciate education, hard work, and independence. Before becoming an actor, he worked with his father as a mortgage broker.

Nixon made his acting debut in the 1990 film To Sleep with Anger as Sunny. That same year, he had a small role in the TV film The Fresh Prince of Bel-Air.

The following year, he got his breakthrough role as Danny Dyson in Terminator 2: Judgment Day (1991).

Nixon rose to fame when he played the character Fletcher in The Bodyguard in 1992. After that, he temporarily left his film career to devote himself to his studies.

In 2001, Nixon appeared in TV series like Lizzie McGuire as Snackbar Attendant and One On One as Tracey.

Nixon returned to acting professionally in 2010 through a film, Monster Heroes.

He is one of the few artists who has been able to keep him far from this kind of rumor.

Nixon has a height of 6 feet 1 inch and her weight is unknown.

Her hair color is black and her eye color is dark brown. His shoe size is unknown.