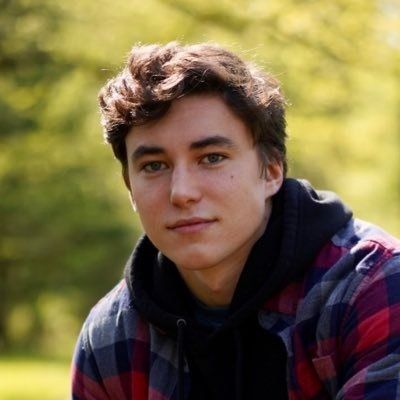 Devin Caherly is in a relationship with TikTok star The Real Tati.

The couple often makes duet and dance videos on TikTok and shares pictures on Instagram.

Devin Caherly is an American social media personality and businessman. He is best known for his lip-sync and dance videos on TikTok.

Devin Caherly was born on March 17, 2001, in the United States with the birth name Devin Patrick Caherly. He belongs to Irish American descent.

He has an older brother named Jack, featured in most of his videos and his younger sister Tess is still in primary education.

Devin attended Westfield High School and graduating from the University of Arizona where he is majoring in entrepreneurship.

At the age of 18, Devin started his career and founded DC Millionaire giving daily motivational and educational posts for like-minded entrepreneurial people, in July 2018.

He has over 2.6 million followers and a total of 112 million likes on his account. Devin is a trending boy on TikTok. He usually makes dance, and lip-sync videos on TikTok. The maximum likes on his video are 10.4 M. Sometimes, Caherly also makes duet videos with other social media stars like The Real Tati.

He also runs his own YouTube channel which has over 44 k subscribers. He regularly uploads videos, day to day life tutorials, challenges, under his YouTube channel.

His estimated learning on TikTok per post is $1,561-$2,601.  Similarly, he received an amount of $1000 from each post on Instagram. Meanwhile, according to some sources, he has an estimated net worth of $1 million.

There are no rumors and scandals of this TikToker. He has successfully kept his life secret and far away from any controversies.

Caherly stands 5 feet 7 inches tall and weighs 65 kg. He has brown eyes and brown hair and his shoe size is 9(US).

Devin has over 197 k followers on Instagram, 2.6 million followers with 110 million likes on TikTok.