Footballer Devin Funchess's girlfriend's name is Shelby Wiltshire. He is currently in a relationship.

Devin Funchess is currently in a relationship. He is dating a girl named Shelby Wiltshire but their affair details are unknown.

His girlfriend’s full name is Shelby Leann Wiltshire and she went to Centre Line High School. 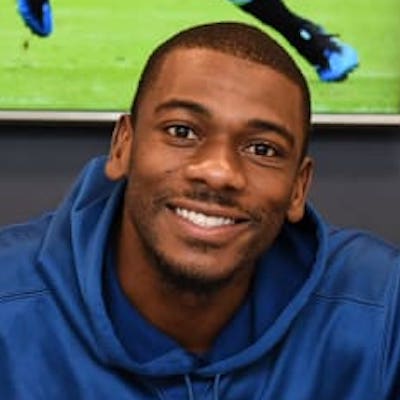 Who is Devin Funchess?

Devin Funchess an American football player. He is popular for playing as a wide receiver for clubs like Carolina Panthers, Indianapolis Colts, etc.

At present, he is playing for an American football team, Green Bay Packers.

His birthdate is 21 May 1994 and he was born in Farmington Hills, Michigan, United States. The name of his mother is Felicia Fields but his father’s name is not unfolded.

Devin’s ancestry is All-American and as per his academics, he went to attended Harrison High School plus the University of Michigan.

Devin Funchess from his school days started to play football. During his college career, he was named Second-team All-Big Ten (2013, 2014) and Kwalick–Clark Tight End of the Year (2013).

After his college football career, he entered the NFL with Carolina Panthers. He was selected in 2015 and played his first match against Buffalo Bills.

He left the team in 2018 and then signed a year contract with Indianapolis Colts in 2019. During this time, he broke his collarbone and was remained on the injured reserve list.

In April 2020, Devin joined Green Bay Packers. But he did not play the 2020 NFL season because some of his family members were tested corona positive.

He stayed away from the field for others’ safety plus his own.

His net worth is said to be around $1 million US as of 2022. However, his salary and other earnings are unknown.

Recently, he signed a year deal of $1.8 million with Green Bay Packers.

This Football player is keeping himself away from rumors and desperate scandals.

Devin Funchess’s height is 6 ft 4 inches and his body weight is 102 kg. Similarly, his eyes are black and his hair color is also black.

He has a fit and toned body.