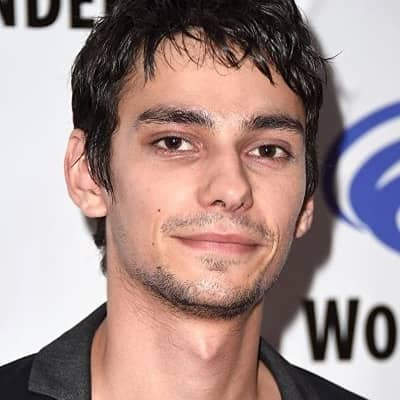 Who is Devon Bostick dating?

Devon Bostick is possibly single as of 2022. According to who dated who, he has been in a relationship with Alexandra Burman.

Apart from this, no affair, engagement, relationship, married and children details of Devon Bostick is unavailable.

Who is Devon Bostick?

Devon Bostick is a Canadian actor who rose to fame after portraying Jasper Jordan on the dystopian science fiction television series The 100 from 2014 to 2017.

Devon played Rodrick Heffley in the first three Diary of a Wimpy Kid films from 2011, Rodrick Rules, Dog Days, and Class Clown. He has also been featured in Lady Gaga‘s 2015 song Till It Happens To You.

Devon Bostick was born on November 13, 1991, in Toronto, Ontario under the birth sign Scorpio. The 31-year-old actor belongs to Norwegian ethnicity from the paternal side and is Canadian by nationality.

His mother, Stephanie Gorin, is a stage and screencasting agent in Toronto, and his father, Joe Bostick, is an actor as well as a film fight coordinator.

Regarding education, Devon is a graduate of the Etobicoke School of the Arts in Toronto. As a child artist, he worked in the showbiz industry since grade 5.

To begin with Devon career, he first started his career in 1998 through the television series Exhibit A: Secrets of Forensic Science where he played a son of a character.

Next, he has appeared in dozens of films and television series in supporting roles and landed as the main cast in the recent ones. So what is Devon doing in 2022, is he working for a movie or series that is yet to announce.

Saw is a horror film that ran for the 9th franchise film, directed by Darren Lynn Bousman and co-written by Patrick Melton, Marcus Dunstan, and Thomas Fenton. Devon played the role of Derek in Saw IV and Brent Abbott in Saw VI.

The 2014 CW series The 100 is about the post-apocalyptic survivors from a space habitat. Later, they return to Earth nearly a century after a devastating nuclear apocalypse. It ran for seven seasons and has 100 episodes.

Meanwhile, his 100 co-stars Eliza Taylor and Bob Morley as of March 2022 are working in a science-fiction thriller I’ll Be Watching, which is shooting in Atlanta now.

The estimated net worth of Devon Bostick is $2 million, which he garnered from his successful acting career.

His salary as an actor is not disclosed in figures to the media yet. His luxuries, brands, cars, and lifestyle is under update.

Nonetheless, the actor Devon is successfully keeping himself out of rumors and controversies.

Similarly, he has a fair skin complexion, black hair, thick eyebrow, black eyes, and moles on his cheek.

Devon is active on Instagram with the username @devbostick with 36.7k followers.

Famous actor Charlie Wright criticized for his new role. Talks about his dating affairs and other relationship