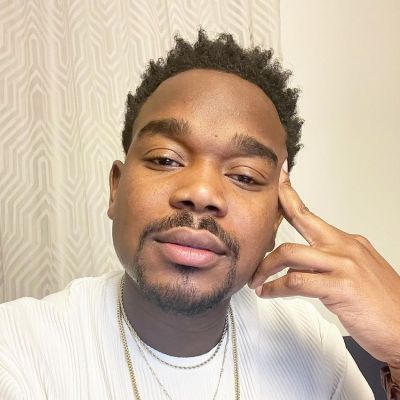 What is the relationship of Dexter Darden?

Dexter Darden is already engaged. He proposed singer, songwriter, and actress JoJo on the occasion of Christmas 2021.

JoJo’s real name is Joanna Noella Levesque. However, the beautiful couple hasn’t shared much about their love life.

Who is Dexter Darden?

Dexter Darden is an American singer, model, dancer, and film actor. He rose to fame for his role as Frypan in The Maze Runner and Walter Hill in Joyful Noise.

Darden recently wrapped his role of DeAndre in the upcoming movie, Chang Can Dunk.

He was raised by a single mother. His father passed away in the year 2000. The name of his mother is Pat whereas his father’s name is unknown.

His academic details are under the curtains at the moment. Further, he holds an American nationality and belongs to the All-American ethnicity.

In 2006, Dexter made his acting debut in the movie, My Brother where he portrayed the role of a Baseball son. He then made his first television appearance in Disney Channel Original Movie, Minutemen as Chester in 2008. The same year, he starred in two films Sizzlean and Cadillac Records.

In 2020, he was cast in the recurring role of Devante in the television sitcom, Saved by the Bell. He portrayed the role of John Lewis in the biographical historical drama film, Son of the South. The other cast of the film includes Lucas Till, Lucy Hale, Julia Ormond, and more.

Some of his other notable films are,

Apart from acting, he is also a singer. He started singing when he was three years old in the church choir. As of now, he uploads his singing videos on his YouTube channel.

He is also a philanthropic person and has been actively involved in The Sickle Cell Anemia Foundation, Children’s Hospital of Philadelphia, The Hole in the Wall Gang Camp, The Heart Foundation, and more.

The actor has never been part of any sorts of rumors and controversial matters that could hamper his personal and professional life.

Dexter’s primary source of income is his acting career. As of 2022, he has an estimated net worth of around $2 million. His salary and other earnings are still under review.

The actor has an athletic body physique. He stands at a height of 6 feet tall and his weight is about 80 kg.

Likewise, he has a dark brown pair of eyes and as well dark brown hair color.

Dexter is active on Tiktok with over 51.1k followers. He has also a self-titled YouTube channel with over 1.63k followers.

Dexter Darden and JoJo are engaged after more than a year of dating!