Diamond Platnumz has been dating fellow singer Zuchu. Prior to this, he was in a relationship with Zari Hassan with whom he broke up after some years.

Together, the ex-lover had two children named Prince Nillan and Latifah Dangote. Altogether, he is the father of 4 children including Naseeb Junior and Dylan Abdul Naseeb and their baby mamas are Tanasha Donna and Hamisa Mobetto respectively.

Diamond has not publicly revealed his relationship with Zuchu however they have been spotted dating together frequently. Besides this, there are no rumors of a breakup or link-up with anyone. 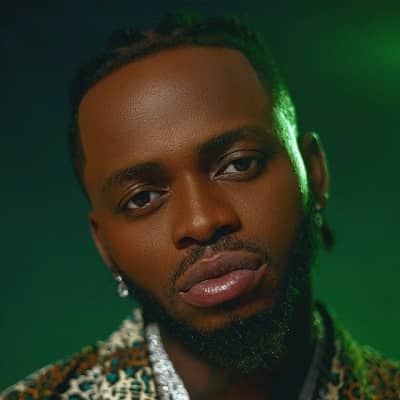 Who is Diamond Platnumz?

Diamond Platnumz is a Tanzanian recording artist, dancer, philanthropist, and businessman. Moreover, he is also the Pepsi Brand Ambassador in East Africa.

In addition, he is also the founder and CEO of WCB Wasafi Record Label, Zoom Extra, Wasafi Bet, and Wasafi Media.

Diamond Platnumz was born Naseeb Abdul Juma Issack on 2 October 1989, in Tandale, Dar es Salaam, Tanzania. As of now, he is 32 years old.

Diamond was born to his father Abdul Juma and his mother, Sanura Kasimu. He grew up with two sisters, Musician Queen Darleen and social media star Esma Platnumz. He also has a cousin, Romeo Abdul Jones who is a DJ for Wasafi.

Platnumz is of Tanzanian Nationality and came from African descent.

Diamond Platnumz began her career at the age of 17 years old as he began selling clothes. He began recording songs with the clothes money. After a while, he recorded his first single “Toka Mwanzo”, a Bongo Flava song that got a good response.

His hit single “Kamwambie” released in 2010 won three Tanzania Music Awards which made him believe he was good at his job and continued his music.

He then released his debut studio album Kamwambie the same year and collaborated with various musicians. Later, he released other two music albums Lala Salama and A Boy From Tandale in 2012 and 2018 respectively.

Apart from music, he is also the Brand Ambassador of Pepsi, Parimatch Africa, Nice One, and Coral Paints (Tanzania). Moreover, he is the founder and CEO of WCB Wasafi Record Label, Zoom Extra, Wasafi Bet, and Wasafi Media.

Diamond has won and been nominated for lots of awards including 28 wins and 38 nominations. Some of his prestigious awards are Most Gifted Afro Pop, East Africa Superhit, and Best Artist East Africa among others.

Of all his music and commercial activities, he has earned himself a hefty amount of money. Likewise, he has an estimated net worth of $7 million dollars as of 2022.

He has not been in many rumors but his name comes first if the rumors are about his relationship.

Platnumz has a height of 5ft 8 inches and has beautiful black eyes. He has mostly seen with black-colored hair and doesn’t dye his hair. Furthermore, we have no information on the weight and other body measurements of this 32 year’s recording artist.