Pondering an individual existence of Dianna Taurasi, she is a married woman. She has come out as a lesbian. Hence, she is married to Penny Taylor.

Penny is her former teammate. The couple got married in May 2017. The duo is enjoying their married life and is deeply in love with each other. Soon they might have babies as well. 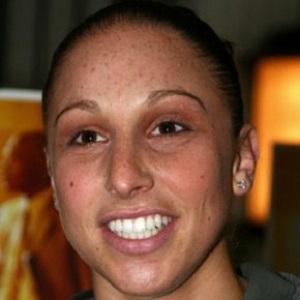 Who is Diana Taurasi?

Tall and beautiful Diana Taurasi is an American well-known professional basketball player. She is best known as the player for Phoenix Mercury of the Women’s National Basketball Association (WNBA).

Diana was born in Glendale and raised in Chino, California. She was born on 11 June 1982. She is of Argentine ethnicity and has an American nationality.

She is the daughter of Mario and Liliana Taurasi. Her birth name is Diana Lorena Taurasi. She was born in an athletic family where her father used to play like a professional soccer player in Italy.

Her family moved to the United States from Argentina before she was born. She has an elder sister Jessika.

Taurasi studied at Don Antonio Lugo High School and has participated in the 2000 WBCA High School All-America Game and has earned MVP honors.

She attended the University of Connecticut where she led her team to win the NCAA championship three times in a row.

Talking about the career journey of Dianna Taurasi, she started playing basketball professionally in 2004 and she is still active in it.

She started playing basketball professionally after being selected by the Phoenix Mercury in the 2004 WNBA draft. At the beginning of her career, she plays the forward position as she was taller than other players.

She recorded 26 points in her debut match against Seattle Storm. She has won the WNBA Rookie of the Year Award. She has also recorded the WNBA record with 121 three-pointers scoring in a single season.

In 2007, she has won her first WNBA Finals after defeating defending champion Detroit Shock. She became the seventh player who has achieved the NCAA title, WNBA title, and an Olympic gold medal.

Her success in her career path has paid her well financially making her salary $49,000 per year and her net worth is estimated to be $1.5 million.

Unlike other players, she has not been in rumors but she suffered a controversy when kissed her opponent on the court.

Diana Taurasi has a height of 6 feet. Her body weighs 70kg. She has black hair and brown eyes.