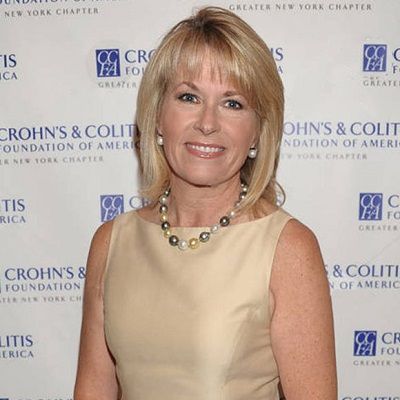 Diana Williams is a married lady. She married Douglas Wayne Shanks. They married in November 1985. Her 33rd anniversary was in 2018 and she shared their wedding throwback photo and described that time flew soon when she and Douglas were having fun.

Similarly, they have three children. They have two daughters and a son named Nathaniel Williams. Furthermore, their son Nathaniel also experienced a near death when he had a road accident at Panama City in the year 2015.

Who is Diana Williams?

She was born on 18th July 1958 in Columbus, Ohio. There is no information about her parents and siblings. She likes to keep her information private so she has not revealed about her childhood as well.

Talking about her education, she graduated from Duke University in Durham, North Carolina, in 1980 with a degree in economics.

After interning at WTVD in Durham, she began her television career in Charlotte, North Carolina. She worked as a reporter at WSOC and then as a weeknight anchor at 6 p.m. and 11 p.m. at WBTV. From the year 1987 to 1991, she worked at WNEV (now WHDH) in Boston, Massachusetts.

Similarly, she joined WABC in the year 1991 as a reporter and eventually became a weekend anchor. Also, she was a co-anchor of the station’s 11 p.m. Eyewitness News newscast with Bill Beutel. In the year 1999, she joined Beutel on the 6 p.m. newscast as well, becoming Beutel’s first co-anchor at 6 pm since the departure of Roger Grimsby in the year 1986.

Likewise, she has traveled the world covering stories for Eyewitness News including to Ireland and Israel to report on conflicts. She also traveled with the Pope to Baltimore, Maryland; Mexico City, Mexico; and Toronto, Ontario, Canada. Similarly, she covered the September 11, 2001 attacks and for its tenth anniversary in the year 2011. She reported from outside The Pentagon, in Arlington, Virginia.

She has announced that she is retiring after 29 years here at WABC-TV.

She won Emmy Award for her half-hour special Dangerous Crossings that focused on the immigration issues along the Mexican and Arizona border. Similarly, she also won awards for her yearly breast-cancer special and has hosted the “Making Strides Against Breast Cancer” Walk(s) for the American Cancer Society for over 17 years.

Diana Williams has a successful career. So she might earn a huge amount of money from her career. However, she has not revealed her incomes and salary.

Talking about Diana Williams’s body measurements, she has a height of 5 feet 6 inches but her weight is 66 kg. She has blonde hair and blue color eyes. Her body measurement is 33-28-35 inches.