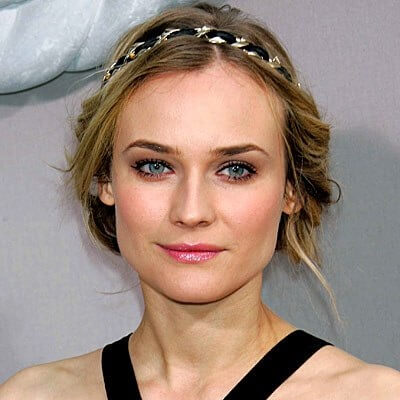 Diane Kruger is currently in a relationship. She is dating Norman Reedus. Reedus is an American actor best known for his role as Daryl Dixon in the popular horror drama series, ‘The Walking Dead’.

The couple met in 2015 during the production of the film Sky. After around a year, the couple started dating and were first seen together in July 2016. In November 2018, she gave birth to their daughter. The couple has not publicly revealed the name of their daughter.

Previously, she was married to French actor and director Guillaume Canet. The couple exchanged wedding vows on 1 September 2001. However, their relationship ended in 2006 as they could not work out their long-distance relationship.

From 2004-2005, she dated the American businessman and investor, Carl Heinz. In 2006, she started dating actor Joshua Jackson who is popular for his work in Dawson’s Creek, Fringe, The Affair, etc. After being in a relationship for a decade, the couple called it quits in 2016.

Who is Diane Kruger?

Diane Kruger is an award-winning German-American actress and former model. She is well-known for her work in Troy, National Treasure, Inglorious Basterds, and Unknown.

Diane Kruger was born as Diane Heidkrüger in Algermissen, West Germany, on 15 July 1976. As of 2020, her age is 43. She was born to parents Hans-Heinrich Heidkrüger(father) and Maria-Theresa(mother). Her father was a computer specialist and her mother was a bank employee. Her parents went through a rough divorce as her father struggled with alcoholism.

She has a younger brother named Stefan. As a child, Diane had dreams of being a ballerina. She spent her childhood days in Germany with her family and she went to foreign student exchange programs when she was a teenager in order to improve her English which later helped in her career.

Her ethnicity is German, Polish.

Initially, she joined the Royal Ballet School in London to pursue her dreams of being a ballerina. However, an unfortunate injury ended her dreams and she moved back to Germany. She studied acting at the Cours Florent, an international drama school.

How much is Diane Kruger’s net worth?

Diane Kruger has an estimated net worth of around $24 million. Her primary source of income is acting. Previously, she was a successful model, too. Some of her highest-grossing movies in the box-office are Troy – $497 million, National Treasure – $347 million, and Inglourious Basterds – $321 million.

Furthermore, she has endorsements with some of the most popular brands in the world. She is a brand ambassador for Jaeger-LeCoultre. Moreover, she is the global ‘spokesmodel’ of L’Oréal and the face for Calvin Klein’s fragrance line, Beauty.

After her dream of being a ballerina was over because of an unfortunate injury, she focused on modeling. She moved to Paris and represented Germany in the Elite Model Look in 1982. She also did runway shows for D&G, Marc Jacobs, and Sonia Rykiel and appeared in the covers of Vogue Paris, Cosmopolitan, etc. However, she figured out that modeling was not what she wanted to do, and decided to pursue a career in acting.

She took acting lessons at the Cours Florent and got small roles in French movies. In 2002, she appeared in the movie, ‘The Piano Player’. Two years later, she appeared in ‘Wicker Park’ alongside Josh Harnett and Rose Byrne.
Her real acting breakthrough came in 2004 when she landed the role of ‘Helen of Sparta’ in the epic ‘Troy’ starring Brad Pitt. She became well-known after the movie and it grossed $497 million worldwide. It was one of the biggest movies of the year and was a blockbuster.

The same year, she landed the major role of Dr. Abigail Chase in ‘National Treasure’. In the next few years, she appeared in movies like ‘Copying Beethoven’, ‘Joyeux Noël’, and reprised her role in the sequel of National Treasure.

In 2009, she landed the role of Bridget von Hammersmark in the Tarantino war movie, ‘Inglourious Basterds’ starring alongside Brad Pitt, Christoph Waltz, Michael Fassbender, etc. The movie became critically acclaimed and Waltz received the Academy Award for his performance in the movie. She earned a nomination for the Screen Actors Guild for Best Supporting Actress. Following that, she made appearances in movies such as ‘Mr. Nobody’ and ‘Unknown’.

Kruger stands at a height of 5 feet 7 inches. She weighs around 57 Kg. Likewise, she has attractive body measurements of 33-23-35 for breasts, waist, and hips. Her hair color is blonde and her eyes are blue in color. She wears a bra size of 32B, a shoe size of 8(US), and a dress size of 6(US).

Star director, Quentin Tarantino came under a lot of pressure in 2018 when he was accused of choking Diane Kruger in the filming of Inglourious Basterds and Uma Thurman during the filming of Kill Bill.

Kruger’s character, Bridget von Hammersmark is choked to death by the protagonist of the movie, SS Colonel Hans Landa. In order to pull off the scene, Diane had to be strangled with real pressure causing her eyes to fill with tears and get her blood vessels bulging. Tarantino claimed he himself asked Diane for her permission for the scene and did it himself because he did not want any mistakes. However, he did come under fire in 2018 for his directing styles.

Kruger later defended the director himself and said it was a joy working with him and that he treated her with enormous respect.

You may also like to read the Bio, Career, Net Worth, Body Measurements, Relationships, and more about Rose Byrne, Emma Stone, Uma Thurman, etc.

Dawn Ward afraid of queues! She documents her trip to the local supermarket Aldi!