Diane Macedo is an anchor, news personality for ABC News. She is also a singer. Diane is married to her longtime girlfriend since 2013 and has a child. 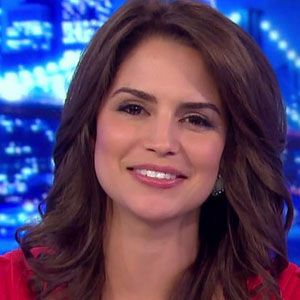 Diane Macedo is married to Thomas Morgan since 4th September, 2013.

“As expected, she and Thomas Morgan- her husband of five years, welcomed their baby boy born on November 20, 2018”.

Who is Diane Macedo?

She currently works for ABC News as an anchor of World News Now and America This Morning.

Diane was born Diane Reis Macedo February 28, 1982, in Mineola, New York, USA. Her parents are of Portuguese ancestry- from the Minho region of mainland Portugal.

Diane grew up in Mineola, New York. She graduated from Boston College, majoring in Political Science and Communications.

She was also a member of the co-ed, a-cappella of the Bostonians of Boston College. Diane is fluent in both Portuguese and Spanish languages.

Macedo began her career in journalism as a guest booker for Fox News and then promoted to a news editor and reporter for FoxNews.com.

From 2011 to 2013, she worked for Fox Business Network as business newsreader for Imus in the Morning.

She was also a regular panelist on the Fox News Channel program Red Eye- Greg Gutfeld.

After that, she began working as a weekend morning anchor for WCBS-TV in New York City.

After March 6, 2016, she joined ABC News as the anchor of World News Now and America This Morning.

Besides journalism, she is also the lead female singer for a musical ensemble, Tribeca Rhythm.