Dianna Agron is an actress and a singer. Dianna is married as of now. She is married to a musician, Winston Marshall 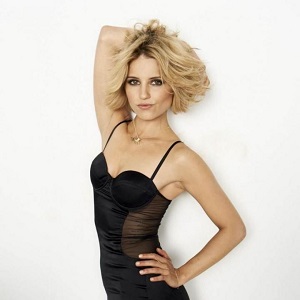 I must say, I am trying to live my life with a sharpie marker approach. You can't erase the strokes you've made, but each step is much bolder and more deliberate

When you're sad, you're not sad. You are merely oblivious to the good things in your life. There is always a crack of light in the darkness. Find it

We are all the best versions of ourselves when we have love and acceptance in our lives.

What is the relationship of Dianna Agron?

Dianna is married to a musician, Winston Marshall. The couple had their engagement in late 2015.

Before her wedding, she has been in multiple relationships.

She dated Dave Franco from 2008 to 2009. Between 2010 and 2014, she had affairs with Alex Pettyfer, Sebastian Stan, Christian Cooke, Nick Mathers, and Thomas Cocquerel.

In 2015, she had an affair with the Australian actor, Luke Bracey.

Who is Dianna Agron?

She possesses American nationality. Gorgeous Dianna is a multi-talented personality.

She is an actress and a singer. Additionally, she is also a dancer. She is active in the acting industry since 2006.

Presently, she is a prominent figure among the media as the star of the Fox musical comedy-drama series “Glee”. Furthermore, she is famous for starring in the film, “I am Number Four”.

Dianna was born in Savannah in the state of Georgia. She was born to parents, Mary Barnes and Ronald S. Agron. As of 2022, she is 30 years old.

Although she was born in Georgia, she was raised in San Antonio, Texas.

Later she also moved to San Francisco, California. Afterward, she moved a lot during her childhood days because of her father’s job.

Her father was a general manager of the Hyatt hotel. Growing up, she loved to dance.

She started learning Ballet and Jazz at the age of 3.

As per her education, she attended Hebrew school and had a Bat Mitzvah. Afterward, she also got enrolled at Burlingame Intermediate School and Burlingame High School for her further studies.

Dianna’s career started when she was in 5th grade. She portrayed the role of Dorothy Gale in The Wizard of Oz in 5th grade. She grew up with a passion for acting. Afterward, in her early career, she starred in several TV series.

Her notable appearance was on the series, “Veronica Mars” in 2006. She went on working hard and looking for her the opportunity. Consequently, she got her major role in Fox musical comedy-drama series “Glee”. This raised her fame in the industry.

Similarly, she also starred in films like, “I am Number Four”, “Zipper”, “Bare”, and “The Hunter”, and others. She also played in some theater plays.

Furthermore, she also sang for Glee’s soundtrack but hasn’t released her solo album. Additionally, she has also directed music videos for songs like “Body”, “Just Another Girl”, and “Till Sunrise”.

She has won multiple awards until now. One of them is the “Rising star award” at the Napa Valley Film Festival in 2013.

Presently, she earns a massive amount of salary and has an estimated net worth of $4 million.

Dianna was part of several rumors regarding her dating life in the past. Rumors suggest that she dated Adam Brody in 2009, Jack Street in 2014, and Nicholas Hoult in 2015.

Presently, she is free of any rumors regarding her personal life as she is committed to her marriage.

She has Dyed Blonde hair and her eyes are  Hazel.

Bradley Cooper Briefly Dated Dianna Agron But It was not Serious!