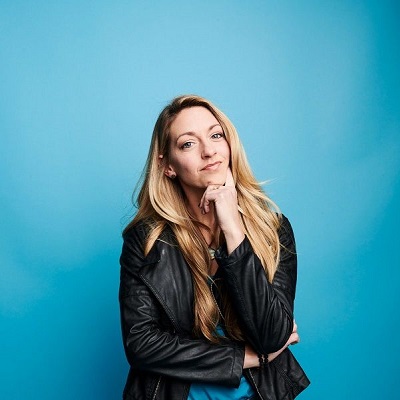 Dianna Cowern has not revealed anything at all about her relationships. She keeps her personal life private and far from the public eye. She seems to be single at the moment.

Currently, the YouTuber is focusing on her career and future. She does not seem to be very eager to find a boyfriend. However, we do believe she is waiting for the perfect one. Similarly, there is no information about any of her past relationships.

Who is Dianna Cowern?

Dianna Cowern is a science communicator. Moreover, she is a YouTuber who uploads videos explaining different physical phenomena in her PBS Digital Studios channel ‘Physics Girl’. Prior to that, she was a dissemination coordinator at the Center for Astrophysics and Space Sciences at the University of California, the U.S.

Dianna Cowern was born on May 4, 1989, in Kauai, Hawaii, the U.S. Currently, she is 30 years old. Dianna’s parents live in Kauai, Hawaii. In Twitter, she revealed her father was a helicopter pilot in Vietnam. However, she has not disclosed her parents’ name. She has a sister. However, we do not know her name, either. Similarly, she has not revealed her ethnicity. She is an American by nationality.

Dianna is a graduate of Massachusetts Institute of Technology. MIT is one of the most prestigious universities in the U.S. She graduated with a degree in physics in 2011.

Dianna Cowern began making videos while working as an app developer at General Electric. Furthermore, she has discussed science on national media which includes U.S. News & World Report. She started her YouTube journey in 2011 and now has around 1.3 million subscribers. In total, she has reached around 93 million views on YouTube. Her Most popular videos include ‘Does this look white to you?’, ‘Crazy pool vertex’, ‘How to Make a Cloud Inside Your Mouth’, among others.

Moreover, in February of 2017, she spoke to Google about ‘Becoming YouTube’s Physics Girl’. In addition, in December 2017, she featured in an interview in APS News. Similarly, Cowernshe has featured on the Huffington Post, Slate Magazine, and Scientific American blogs.

Her other hobbies include surfing, SCUBA diving and playing the ukulele.

In 2014, Dianna won the top video prize from the Alan Alda Center for Communicating Science at Stony Brook University.

It is hard to calculate the net worth of Dianna. However, according to some notable online sources, she has a net worth of around $1 million. Unfortunately, her annual salary is still under review. Her main source of income is YouTube.

There are no rumors about Dianna. Similarly, there are no controversies surrounding her.