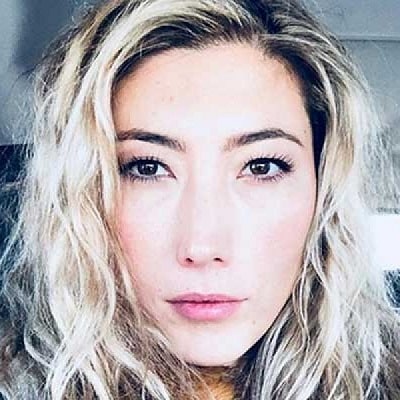 I don't know about everyone else, but I really loved lunch and recess because it was an opportunity to get carried away with your imagination.

I do paint, and I wanted to actually be a painter. Sometimes I'll whip out paints. It's tough to find the motivation, but it's also a solitary, lonely occupation. What I like about acting is that it is such a collaborative thing.

I shared a room with my parents until I was seven, and I lived with my uncles and aunts and my cousins and my grandfather . . . so the house was always full of people.

Dichen Lachman is a married woman. She has been married to her longtime boyfriend Maximilian Osinski since January 24, 2015. The couple tied their knot after a six-month engagement. Her husband is an actor and a writer and the couple has welcomed a child together – daughter Mathilda Osinski (born in May 2015). The family is currently living together and there is no sign of divorce between the couple.

Who is Dichen Lachman?

Dichen Lachman is an Australian actress and of German, Nepalese, Tibetan, and Australian Heritage. She is best recognized for her performances in ‘Neighbours’, ‘Dollhouse’, ‘Being Human’, ‘Agents of S.H.I.E.L.D’, and ‘Altered Carbon’.

Lachman was born on 22 February 1982 in Kathmandu, Nepal. She is currently 37 years old. Dichen was born to German-Australian father Chris Lachman and Tibetan-Nepalese mother Tashi Lachman. She has two siblings, a brother and a sister, whose names are unknown.

She was raised in Kathmandu until the age of 8 and the family then moved to Adelaide, Australia where she grew up. Dichen holds Australian citizenship but her ethnicity is a mix of Tibetan and German.

She attended Norwood Morialta High School and then joined St Mary’s College in Adelaide, Annesley College and the University of Adelaide.

She began her career in 2005 from the movie ‘Eastworld’ and TV series, ‘Neighbours’ portraying the role of Katya Kinski. After that, she appeared in  Aquamarine as Beth-Ann in 2016

She made her guest appearances in popular series like ‘NCIS: Los Angeles’, ‘The Guild’, ‘The Glades’, ‘Hawaii Five-0’, and ‘CSI: Crime Scene Investigation’.

Furthermore, Lachman appeared in the popular post-apocalyptic series ‘The 100 ‘playing the role of Anya, and then appeared in ‘Agents of S.H.I.E.L.D’ portraying the character named Jiaying for nine episodes. In series ‘Shameless’, she depicted the role of Angela alongside actors, Emmy Rossum, William H. Macy, and Zach McGowan.

She has an estimated net worth of around $3 million and she has earned that sum of money from her professional career. Also, she earned around $363, 636 per annum from her appearances in several movies and TV series.

Dichen has been successful in keeping herself far from rumors and controversies in her personal and professional life.