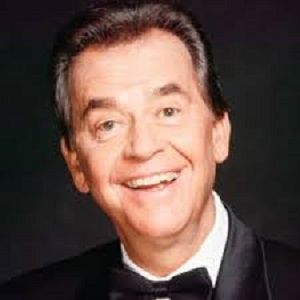 Humor is always based on a modicum of truth. Have you ever heard a joke about a father-in-law?

My business is teenagers. I don't set trends. I just find out what they are and exploit them

Music is the soundtrack of our life.

Dick Clark married three times. He married Barbara Mallery in 1952; the couple had one son, Richard A. Clark, but the marriage didn’t go well so they decided to divorced in 1961.

Then, he married Loretta Martin in 1962; the couple had two children, Duane and Cindy, but the marriage didn’t go well so they decided to divorced in 1971.

Finally, he married Kari Wigton, whom he married in 1977, lasted until his death.

Who was Dick Clark?

Dick was an American radio and television personality, television producer, and film actor. He was well known for hosting American Bandstand from 1957 to 1988.

He passed away on April 18, 2012, at the age of 82 in Santa Monica, California, in the United States. Whereas, the cause of his death was a Heart attack.

He had a sibling namely, Bradley Clark who was killed in the Battle of the Bulge during World War II. He belonged to American nationality and English ethnicity. His birth sign was Sagittarius.

Talking about his education, Clark attended A.B. Davis High School in 1947 and Syracuse University in Syracuse, New York. Additionally, he also worked at radio and television stations in Syracuse and Utica before moving to WFIL radio in Philadelphia in 1952.

On talking about his profession, during 1945, Dick Clark began his career working in the mailroom at WRUN, an AM radio station in Rome, New York, that was owned by his uncle and managed by his father. Whereas, he also worked at WOLF-AM, then a country music station. After that, he got a job at the television station WKTV in Utica, New York.

Similarly, his first television-hosting job was on Cactus Dick and the Santa Fe Riders, a country music program. Then, he replaced Robert Earle (who later hosted the GE College Bowl) as a newscaster. In addition to his announcing duties on radio and television, he owned several radio stations. During 1967, he also purchased KGUD-AM-FM (now KTMS and KTYD respectively) in Santa Barbara, California.

Similarly, in 1952, he moved to Drexel Hill, Pennsylvania, a suburb of Philadelphia, where he took a job as a disc jockey at radio station WFIL, adopting the Dick Clark handle. By the end of the year, viewership exceeded 20 million, and featured artists were “virtually guaranteed” large sales boost after appearing. Similarly, he moved the show from Philadelphia to Los Angeles in 1964.

On talking about his lifetime achievements and awards, he won Daytime Emmy Awards for Special Classification of Outstanding Program Achievement for Bandstand (1952) and Outstanding Children’s Entertainment Special for ABC Afterschool Specials (1972).

There is no information about his salary. His net worth was around $200 million.