Is Dick Wolf is dating?

Dick Wolf is possibly single and not dating anyone. Maybe he is waiting for his love of life.

Dick Wolf was married to Susan Scranton. She is his first wife. The couple married on 5th September 1970. However, the pair divorced on 16th March 1983.

Dick Wolf was married twice to Christine Marburg. She is the second wife of Wolf. The couple married on 29th June 1983. However, the duo divorced in 2003. Besides that, the couple has 3 children, Zoe Wolf, Rex Wolf, and Elliot Wolf.

Moreover, Dick was married thrice to Noelle Lippman, the American actress.The couple married on 17th June 2006. However, the couple is not divorced but in the present time, the pair are separated.
The couple has 2 children, Sarina Wolf, and Olivia Wolf. 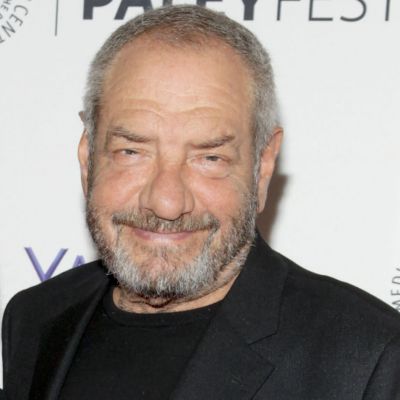 I've never understood the obsession with younger writers and dramas: Comedies I understand, but how do you write drama at 23

you haven't experienced anything.

Who is Dick Wolf?

Dick was born on 20th December 1946 in Manhattan. His full name is Richard Anthony Wolf. He is the son of George Wolf and Marie Gaffney Wolf. However, he holds American nationality with mixed (Jewish and Irish) ethnicity.

Moving towards his educational background, Wolf enrolled at Saint Davis’s School. Later, he joined Phillips Academy. Besides that, he graduated from the University of Pennsylvania.

Dick has started producing films, videos, and TV series. In 1978, he produces Skateboard (Drama). He is a producer of No Man’s Land, 1987. Similarly, in the following year, he worked as an executive producer
in Masquerade.

In 2003, Dick produced Twin Towers (Documentary Short). Furthermore, in 2009, he was seen as executive producer and producer in many TV Movies such as When You’re Strange, Home Is Where You Find It, and Lost and Found. In 2012, he was portrayed as an executive producer in Stars Earn Stripes (series).

In 2020, he produced Cold Justice (TV Series). In the next year, he presents himself as executive producer on Dark Woods (Podcast Series). As of 2022, he is producing BTK: Confession of a Serial Killer (TV Mini-Series). Currently, he is working as the producer of On Call (TV Series) which is in Pre-Production.

Wolf debuted in Masquerade (drama) as Sedgewick in 1988. Besides that, in 2012, he played the role of Dick Wolf in Family Guy (TV Series).

Dick is the winner of the PGA award for Law and Order (1997). Similarly, he has won the PGA award for Bury My Heart at Wounded Knee (2008). Besides that, Wolf has won Grammy Awards for When You’re Strange (2011).

Dick has a net worth of $600 million as of 2022. However, he hasn’t disclosed any details about his salary and income.

Till now, Dick hasn’t been involved in any kinds of controversy and rumors. He has a clean profile among the public and in the media as well.

Dick Wolf stands at the height of 6 feet 4 inches with a 69kg weight. Besides that, he has black eyes with short white hair.