Did Billy Bush talk to Donald Trump after the Access Hollywood tape leak?-Read on to know!

Updated On October 12, 2022 | Published By: Shahid | In Career , Lifestyle , Relationship
Share this 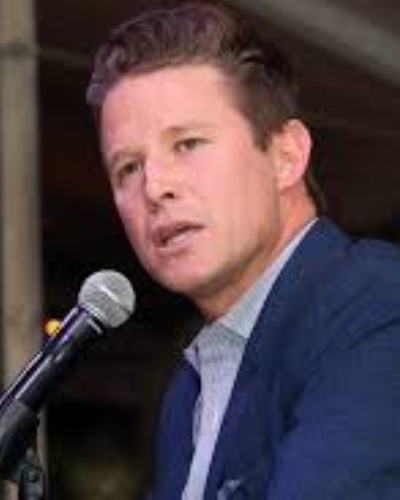 Billy Bush appeared on Good Morning America with host Robin Roberts. It was his first interview after the controversial Access Hollywood tape leak, his sacking, and his 7 months of hibernation and introspection.

Billy Bush was asked whether he ever spoke to Donald Trump after the tap leak.

“Based upon the moment that is on that tape, I understand people’s reaction. I agree. I also felt that way,”

“We live in a visual and digital age, so we get this video, this moment, and we react emotionally to it.”

He replied in the negative about speaking to Donald Trump after the tape leak. He said:

“There was no relationship. It was work-related, and I interviewed him multiple times, especially back then. He never reached out, and I didn’t reach out.”

In October 2016, Melania Trump had defended her husband and told CNN that her husband was encouraged by the show host to say bad and dirty stuff. Billy Bush accepted the blame and said:

“I definitely added to the conversation by you know, I was keeping the ball in the air. … To me, it was more braggadocio — his word — and performance. If I had ever thought, I like to think, that there was a grown man sitting in front of me detailing his sexual assault strategy, I would have called the FBI.”

Did Billy Bush tell anyone about this conversation with Donald Trump?

Billy Bush pointed out that as soon as the conversation ended (in 2005), he had reported it. He had at that time told:

“You wouldn’t believe the things that [Donald] Trump was saying off camera.”

He had let his job people know what Donald Trump had said when the camera left.

Billy Bush said that days later, they told him:

“Well, that was on. The camera was rolling. There’s audio of all that.”

Billy Bush says that after that day, he never thought about the incident and went on with his life as usual. He considered the audio of no significance at that time since Donald Trump then was not contesting for the Presidential post and was the biggest TV star.

Though Billy Bush was liked by some of his co-workers at his workplace, he was quite a polarizing figure. He appears to have changed and repents not having changed the topic at that time and feels that his sense of insecurity and want to please big celebrities for his job was the reason for his going along with Trump’s talk.

He said that he could not stop Trump’s talk since he did not have the strength of character at that time to do it.

After the tape leak and scandal in October 2016, Billy Bush had never expected that he would lose his job because of this. He said:

“I thought that we would work through it and we would address people, I put together an apology right away, the one you saw; I told people that I was ashamed and embarrassed. And I was.”

He said that he had thought in the beginning that after he owns up to this moment and takes responsibility, everything would be fine and return to normalcy.

It was only after he reached his home that he realized that things are worse than he had thought. He came to know that he would not be able to get back to his job on the Today show. He said that he was shattered and hurt.

A few weeks before, Billy Bush had also tendered an apology via an email to Nancy O’Dell who was the married woman mentioned in the tape. Nancy O’Dell told Entertainment Tonight:

Billy Bush is an American TV presenter as well as a radio host. He covered the entertainment and gossip section and was not a news presenter. He has come from the reputed Bush family that has given two presidents to the USA. More Bio…

The ABC of ABC’s David Muir’s sexuality! Is he gay, bisexual or straight? Let’s try to find out!
Tags : American Journalist American TV and radio host