Dillon Brandt is currently single. However, he was in a relationship previously. Brandt keeps his personal and love life like many other celebrities. 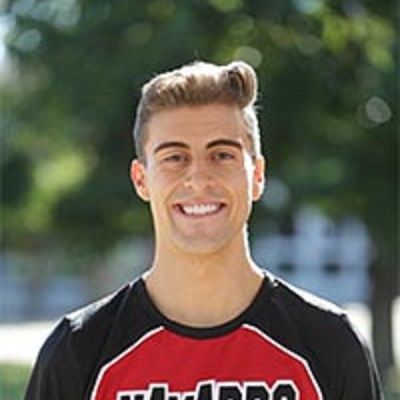 Who is Dillon Brandt?

Dillon Brandt is an American cheerleader who is famous for being the World Champion cheerleading competitor in his first year.

Dillon Brandt then joined a cheer team call Spirit of Texas Purple Royalty. During his three years of journey on the team, he was able to win the World Championships in his first year on the team.

He also won the National Championship in 2014 and joined the Cheer Athletics Wildcats and was able to feature in the Champions League movie.

Brandt was born on November 18, 1994, in Mesquite, Texas, United States. He has three brothers. His birth sign is Scorpio.

Before that, he used to play basketball, football and also ran track and cross country and was able to jump 6 ft 2 inches in the high jump.

Brant started cheering back in 2008 at the age of 14. For three years, he joined a cheer team called Spirit of Texas Purple Royalty where he won the World Championships in his first year.

In 2014, he won the National Championship and was able to join another cheer team called Cheer Athletics Wildcats which is one of the largest All-Star cheerleading programs in the United States. In the same year, he was featured in the Champions League movie. He is also featured in the recent 2020 Netflix docuseries ‘Cheer’.

There are currently no rumors concerning Dillon Brandt.

Dillon Brandt’s net worth is estimated at $500 thousand. His Primary source of income is mainly being a cheerleader. The average salary of a cheerleader is approximately $3,000 to $3,500 per season.

Brandt has dark brown eyes with brown hair. Currently, there is no information about his height and weight.