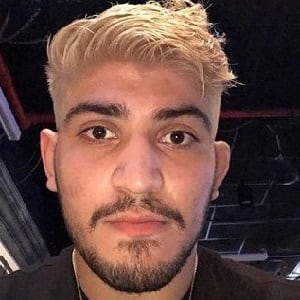 Dillon Danis is dating Savannah Montano. Savannah is an IG sensation. Dillon often post photos with his girlfriend showing her lower back!

Who is Dillon Danis?

Dillon Danis is an American mixed martial artist. Currently, Dillon Danis is signed with Bellator MMA and is known for his amazing Brazilian Jiu-Jitsu techniques.

He won the IBJJF Boca Raton International Open Champion for black belts in 2015.

Danis was born in New Jersey on August 22nd, 1993. He developed an interest in fighting since his childhood years and began fighting from the age of 15.

He is of American nationality. Furthermore, there are no details available relating to his ethnicity at present. He is the son of Nikki Danis (mother). But his father’s name is unknown.

Talking about his education, he has attended Parsippany Hills High School.

Danis previously used to street fight at his school. After spending time with his coach Jason Lodato, he soon developed skills in fighting. He went through the jiu-jitsu belt system at Jamie Cruz’s academy. Additionally, he also joined Marcelo Garcia’s academy in New York.

Danis achieved further success after he joined the popular Irish mixed martial arts (MMA) fighter Conor McGregor in 2016 as a coach and main grappling training partner. Furthermore, he also made his MMA debut at Bellator 198 against Kyle Walker and won the fight by submission.

Danis has not revealed his current salary. Additionally, there are no details available about his net worth at present.

Danis became part of controversy recently due to his Twitter beef with another American mixed martial artist Ben Askren. During the McGregor vs Khabib fight, Khabib attempted to dropkick Danis after the fight was over.

Previously, he also became part of another controversy after he was suspended from Marcelo Garcia Jiu-Jitsu Gym. At present, there are no rumors concerning Danis’s life and career.

Talking about his body measurement, Dillon Danis has a height of 6 feet. Additionally, he weighs around 79 kg. Furthermore, his hair color and eye color is dark brown.